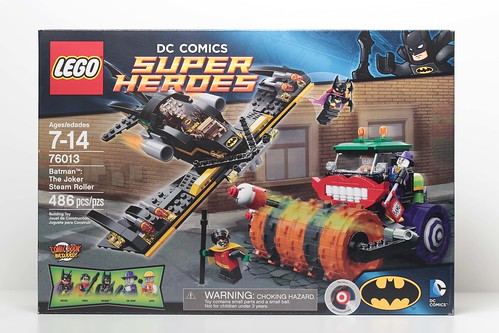 I’ve had my eye on this set since pictures first became available, mostly because of the Batgirl and the Joker in a Fedora minifigures. It was almost a set I bought as soon as it came out from the Lego Store, but I figured it would eventually go on sale as most do. When Target recently did a promotion for $10 off of a $40 online/store pickup order I decided it was time. (Target’s store pickup was ok, but I have a feeling it depends on who is working and how long the line is.) So anyway I just opened and built the set and it’s pretty cool. As I said, the minifigures are a big draw, although I didn’t necessarily need another Batman – but it’s his theme. There is good back printing on Batgirl and the Joker’s henchman (or stooge, whichever you prefer). 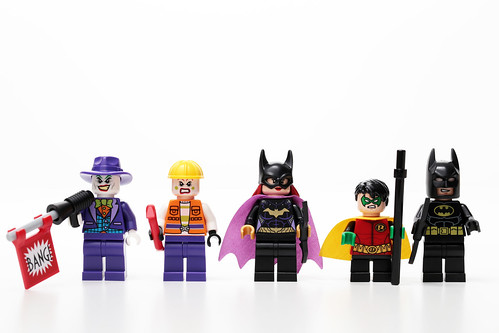 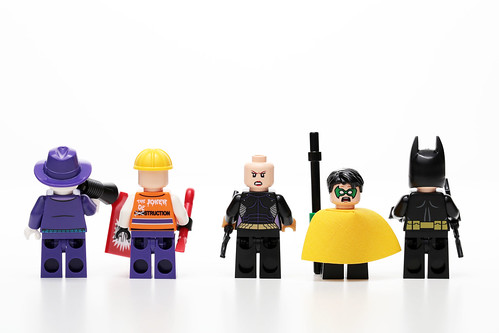 You’ve seen Batman’s other face many times by now.

I’m not really a fan of short Robin. I know he’s supposed to be Bruce’s young ward but when I see those short legs, it makes it seem like he’s in elementary school. I do have some nice black adult legs I got in another really cheap set though…

The steamroller itself is very interesting and has big wheel parts I haven’t seen before – check them out in the photo: 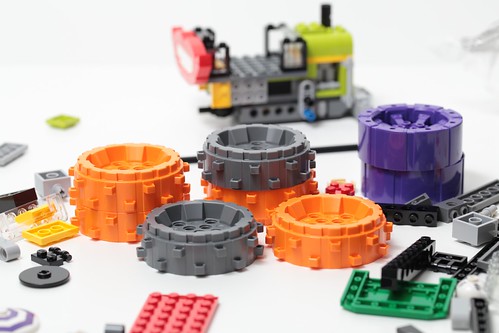 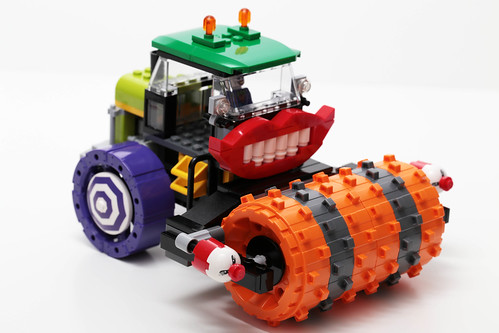 It all comes together with a toothy and creepy smile.

The Bat flying machine – Batwing whatever is fine, but we don’t need another nondescript flying Bat machine. The Batwing Battle Over Gotham City was a better model. The one cool thing is the wings connecting so they open/close simultaneously: 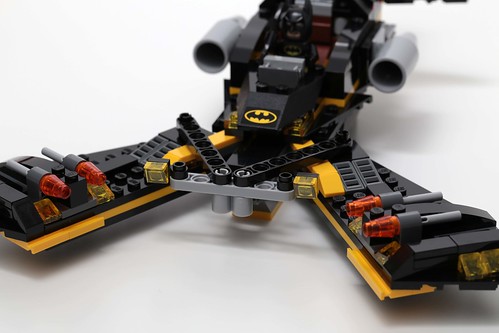 So the missiles can fire at each other?

But the grooviest part of this set is the Joker Steamroller as I said- it’s got that zaniness to it that as a fan of the Adam West Batman I enjoy. It would fit right in with the Funhouse set from a few years ago. And now for the rating. In the last post I said that a 6 is a buy and a 5 is a buy on sale, I think this is a buy even if not on sale. I am also going to add 2, because it’s from the Batman theme and this makes it a must have for me (and equally I enjoy having it that much more). So it comes in at an 8. It’s going to be hard to get a 10- there may not be any 10s out there actually. 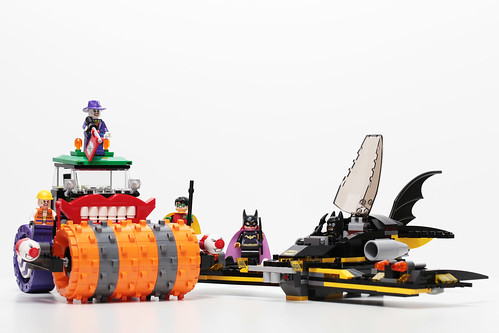