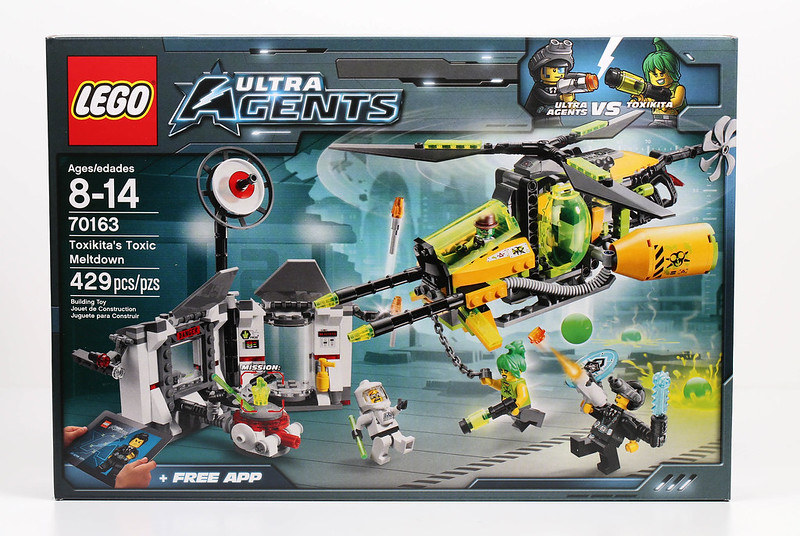 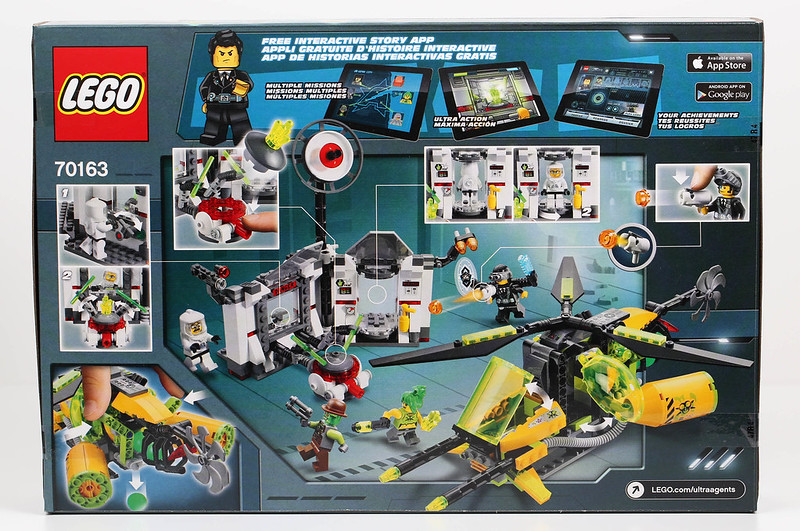 This is my first Ultra Agent’s set and I got it because it was such a good deal and seemed to have pretty unique and interesting parts.

Four minifigures including Toxikita who has the most hard to spell name I’ve come across in the Lego Universe. I prefer the guy on the right, who is called Agent Curtis Bolt apparently. I think that shield that connects to his back is pretty clever and his printed face has him wearing something akin to Google Glass. 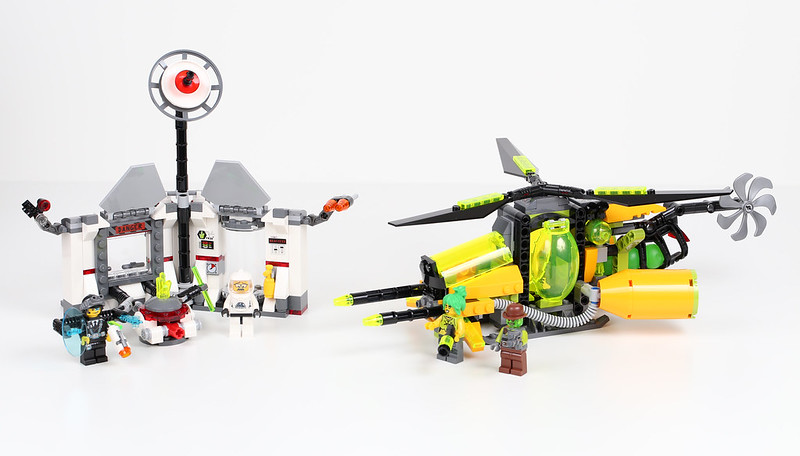 The set comes with two main parts, a helicopter (what else) and a hazmat lab complete with arms that can be manipulated from the other side of the glass. The only problem is we don’t seem to have an enclosed space because Lego can’t make a three dimensional set for less then $150. 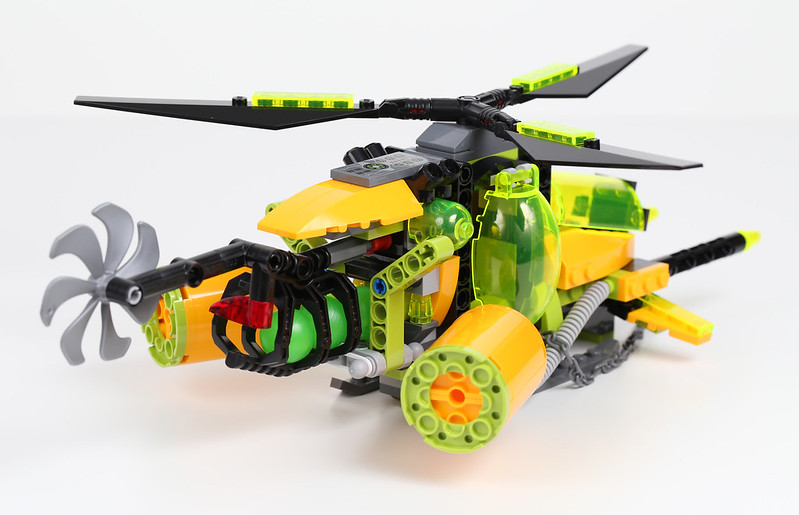 The helicopter isn’t bad. It’s not your standard helicopter and it has a giant saw blade on the back. It’s also bright yellow with some toxic green color here and there. Still, I’m going to have more fun disassembling it and building something else with all the unique parts. 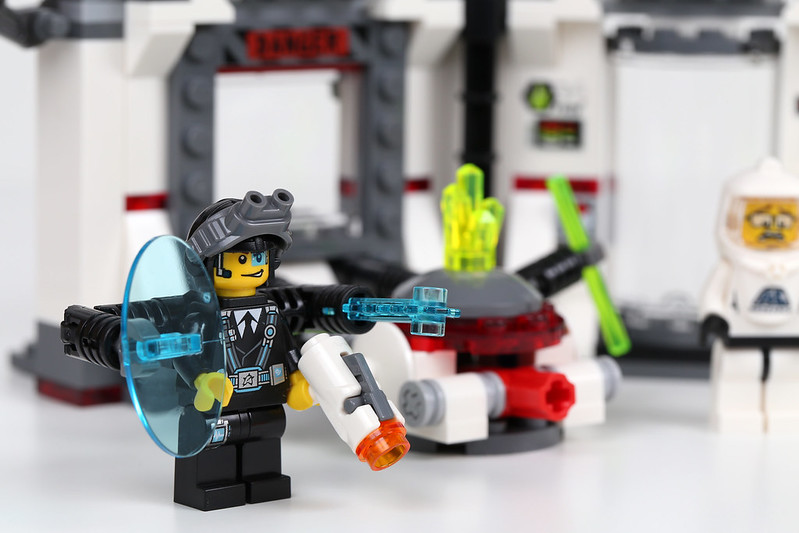 The lab has a toxic green crystal and a rotating door so the guy in the hazmat suit can get in there and defuse or do whatever needs to be done with toxic Lego pieces. Oddly if Lego’s quality control for their Chinese plants were to ever become substandard, you could literally have toxic Lego pieces. Thankfully, it hasn’t happened yet.

So a quick review and a quick build, but for the price I can’t argue. I’ll give this set a 5 – buy it if you find it in the $25 range, which you should, as it has been jumping back and forth on Amazon.