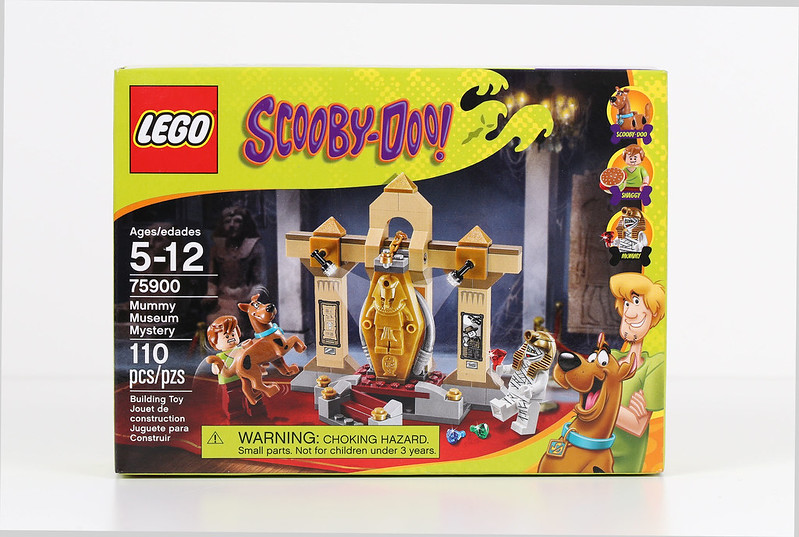 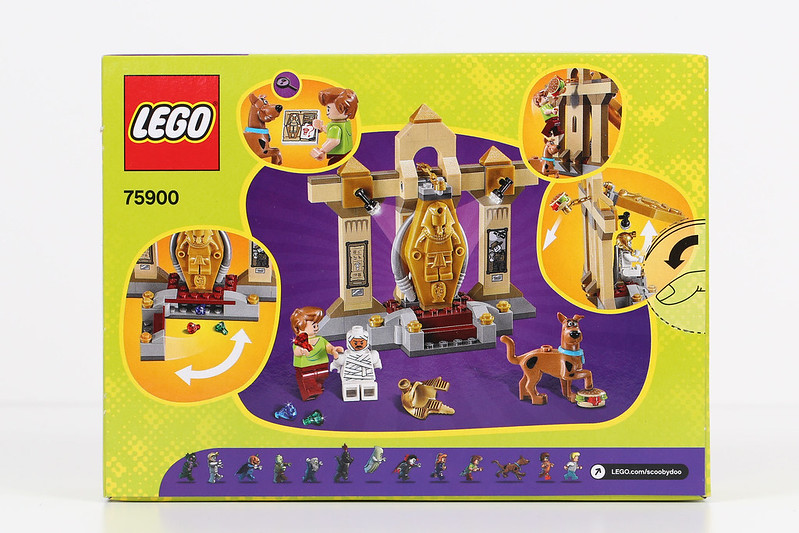 Like the recent Pirates sets, there is a minifigure parade depicted on the back of the box. 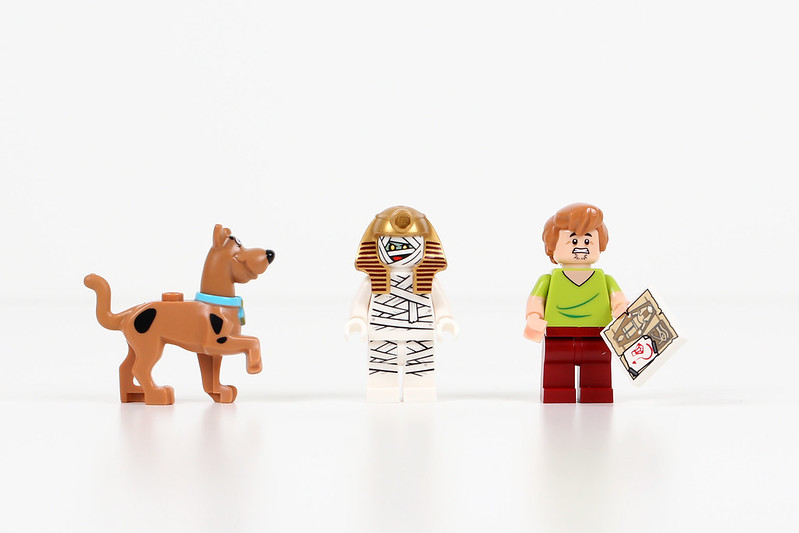 Just like in the Mystery Machine you get Scooby and Shaggy. You also get the Mummy which is similar to the Series 3 minifigures mummy but includes a headdress. 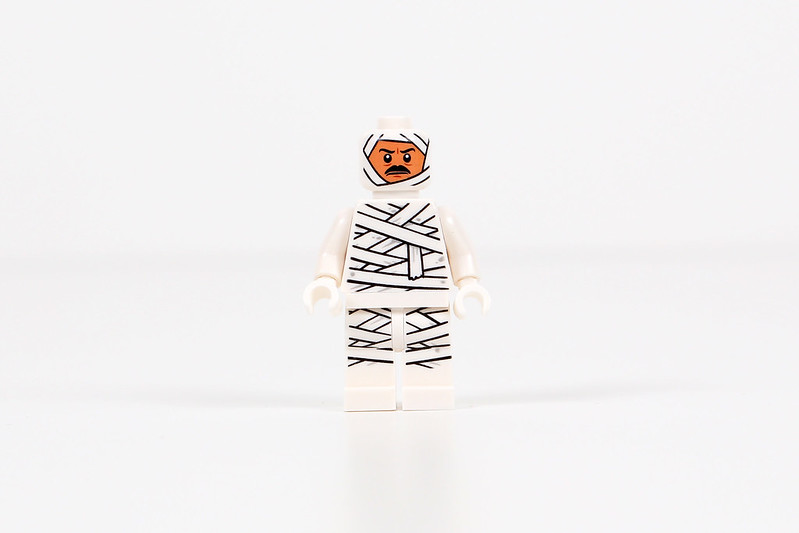 And I would’ve gotten away with it too if it weren’t for you darn kids! Yes folks, when you take the mummy headdress off of the figure it reveals the villain trying to get away with it. 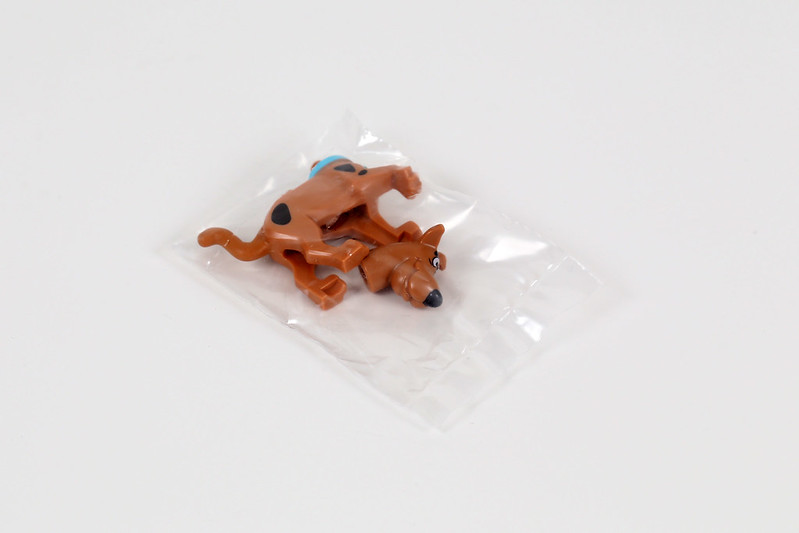 Scooby Doo comes in his own bag. 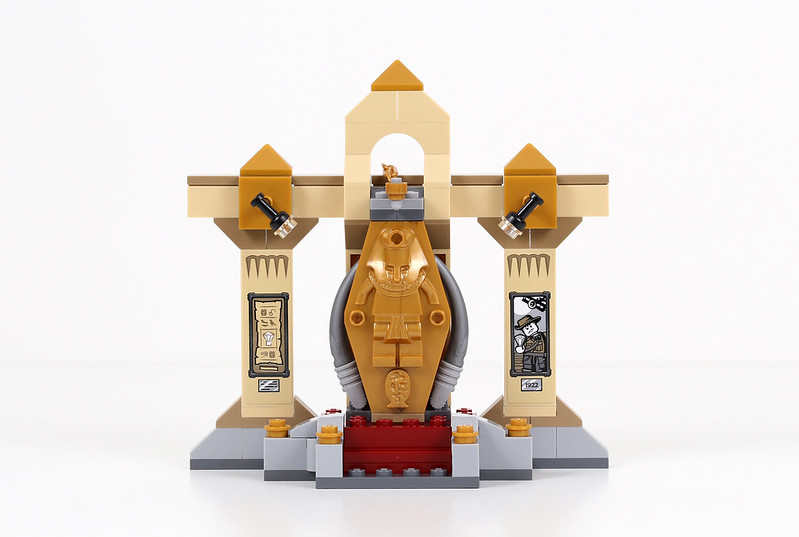 This is the museum part. It’s not a lot, but you don’t expect a lot for the small set. This could translate to many other styles, especially if you wanted to build a real museum, which would be great. 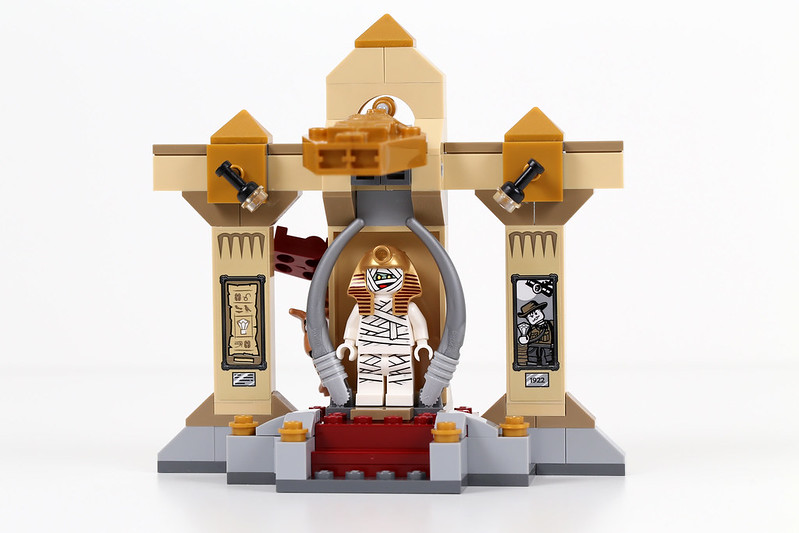 If you pull on the chain behind, the sarcophagus raises to reveal the mummy. The decals on the sides are a little cheesy. 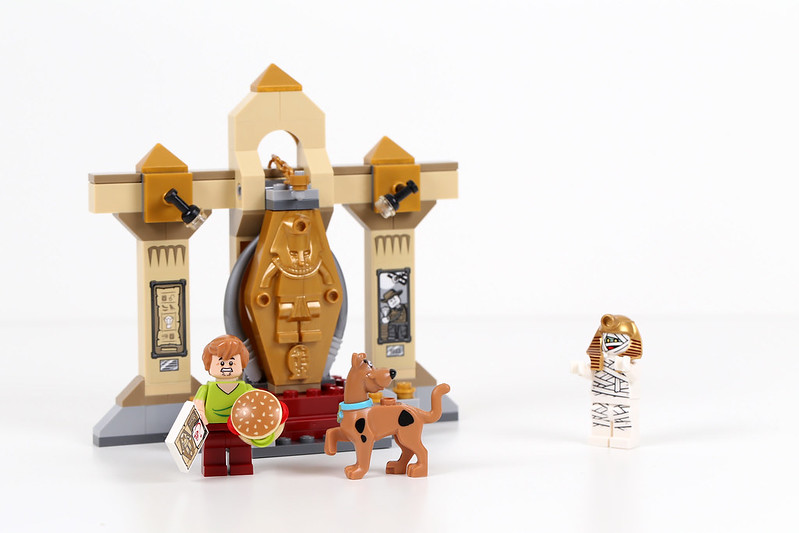 And that’s about it, a small set which I got for the Mummy parts but if you’re getting the Mystery Machine and just want the figures, you don’t really need this set because it doesn’t add any figures or iconic things from the series.