Well you asked for it (or maybe you didn’t and had no idea it was even a possibility) so here it is: Scooby Doo in Lego form. 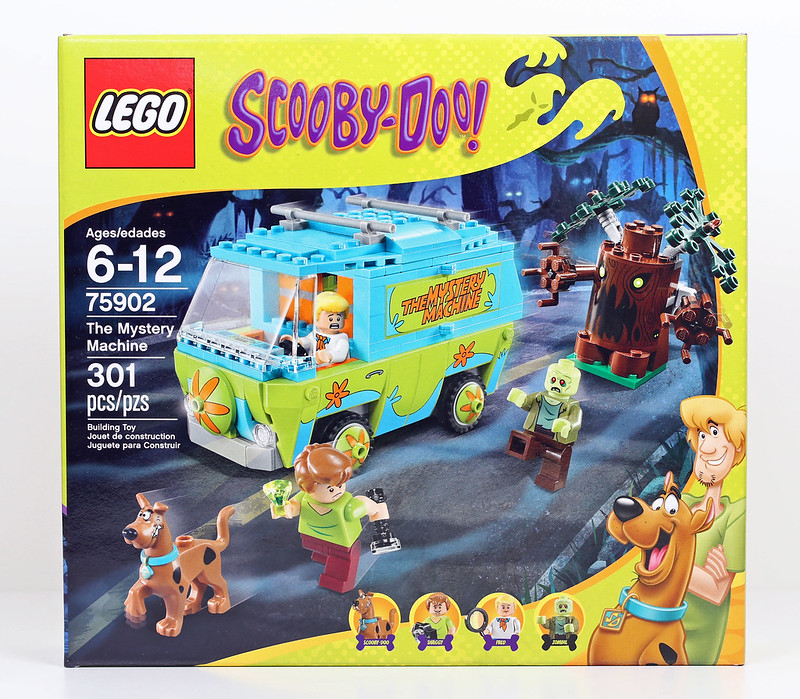 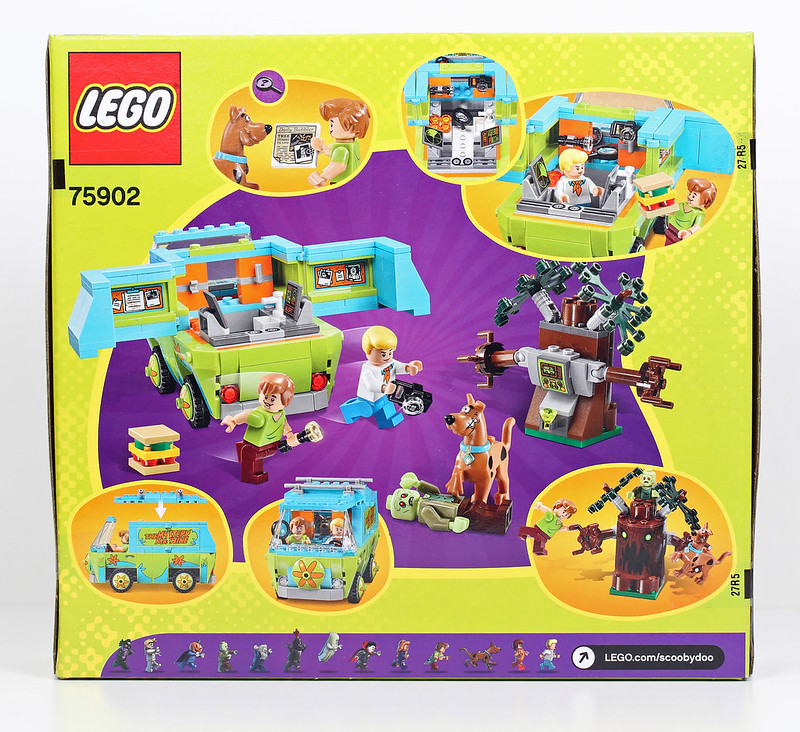 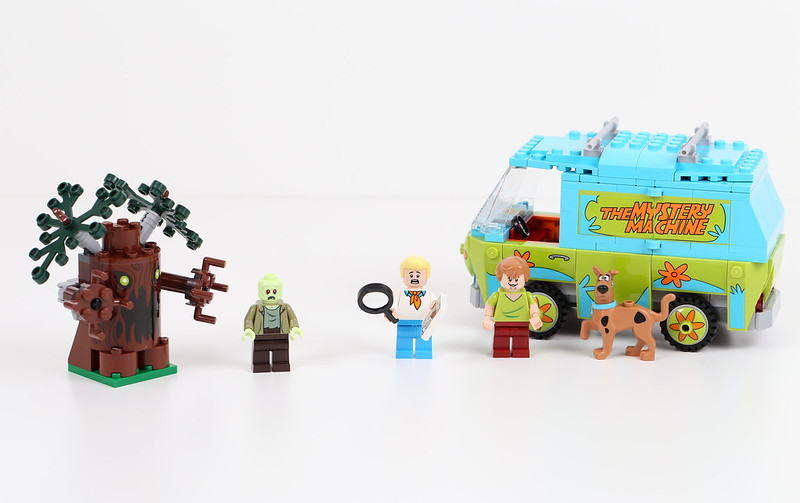 You get the namesake van, the Mystery Machine, and Fred, Shaggy and Scooby plus a villain.

The hairpieces are pretty incredible for Fred and Shaggy and I think Shaggy has too much volume and not enough shag, but I understand what they were going for. Unfortunately the villain in this set doesn’t have a reverse with a un-masked face. 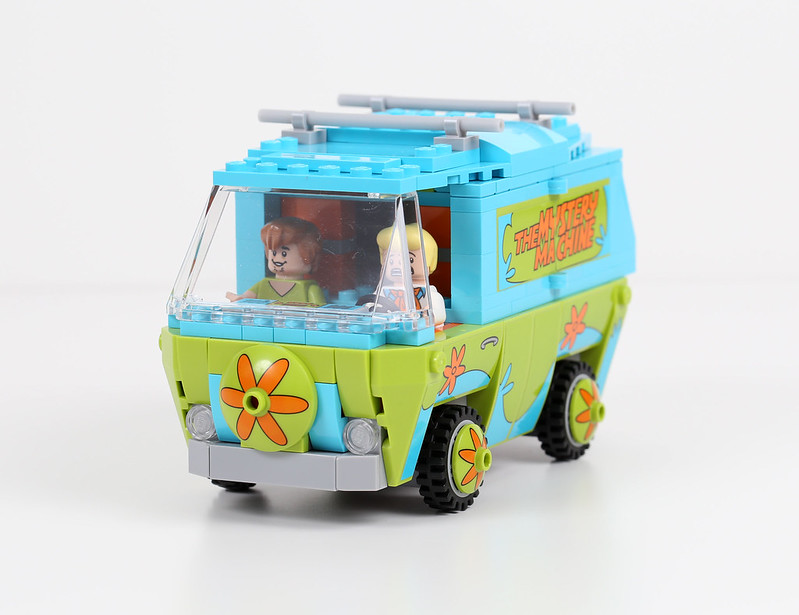 The Mystery Machine is pretty true to it’s cartoonish original. Though as we expect with most Lego licensed vehicles, it seats fewer figures than the one in the movie/show/cartoon. 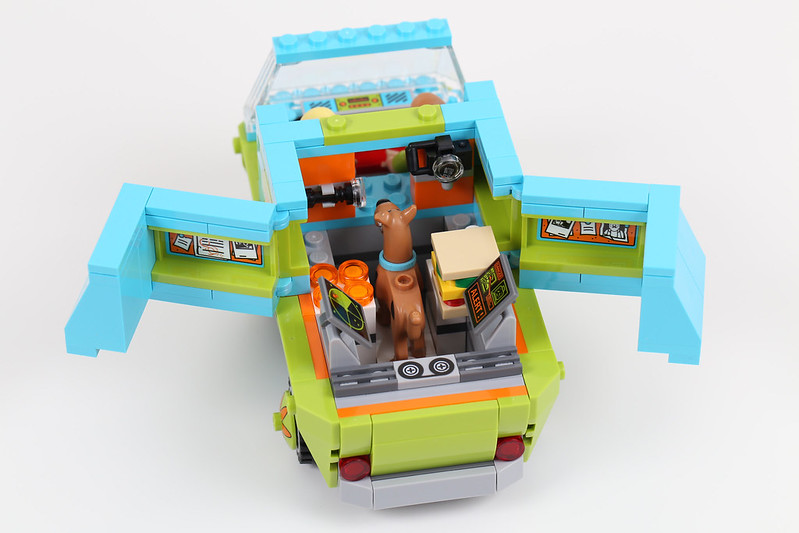 Once you put Scooby in the back there’s no room for anyone else, i.e. Daphne and Velma (who don’t come with this set anyway).

There’s a sink and a stove in the back, although they’re on opposite sides of the van, unlike in real life. But since this is based on a cartoon, I’m not bothered. There are also computer devices – which we didn’t have in the 60s but maybe this is based on the more modern cartoon Scooby Doo that I’ve never seen? 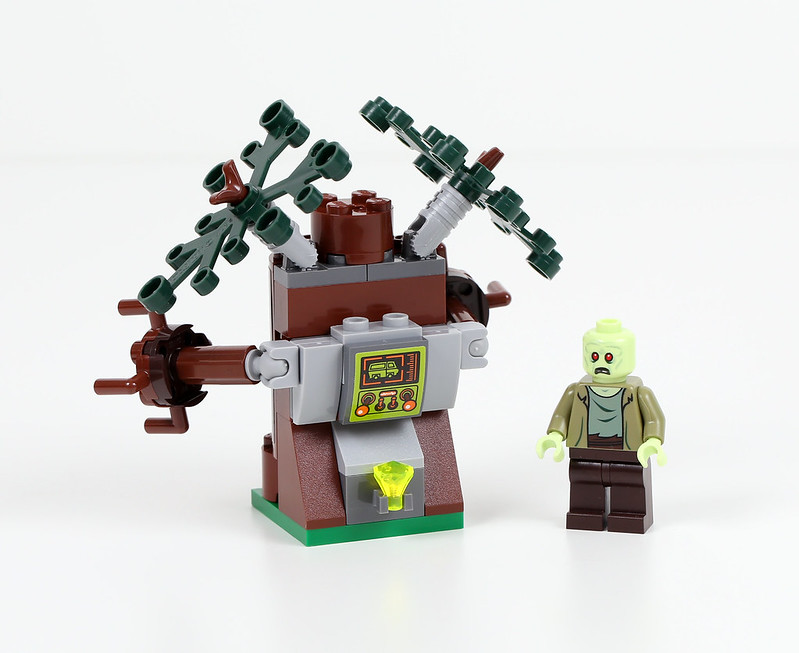 Finally we get the villain and his computer behind a scary tree with a crystal. There are crystals in all the sets I believe, again maybe this is something specific to the new show? Oh well, the scary tree is pretty cool.

All in all I’d give this set a 5 of 10. It’s not stunning or anything but it’s fun and if you like Scooby Doo (who doesn’t?)

The set sold out of the Lego store quickly but it’s available on Amazon shortly: