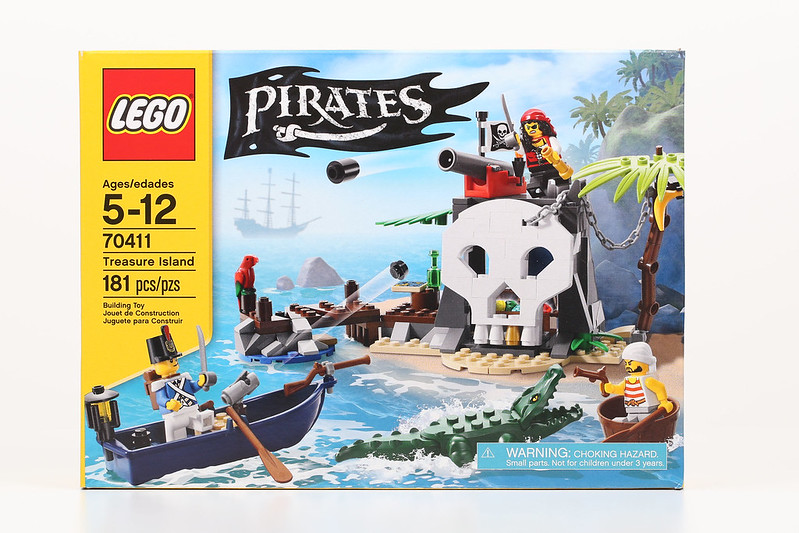 It’s called Treasure Island but as you can see from the box, Lego aren’t giving us the whole island. 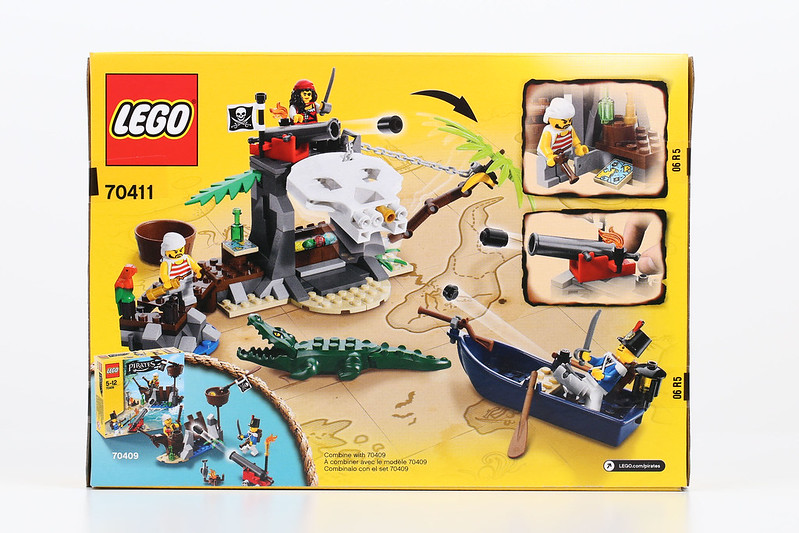 It’s only a $20 set so of course you’re not getting a whole island. You’re getting 3 minifigures though, including a female Pirate which wouldn’t have been around in the classic Pirates line. 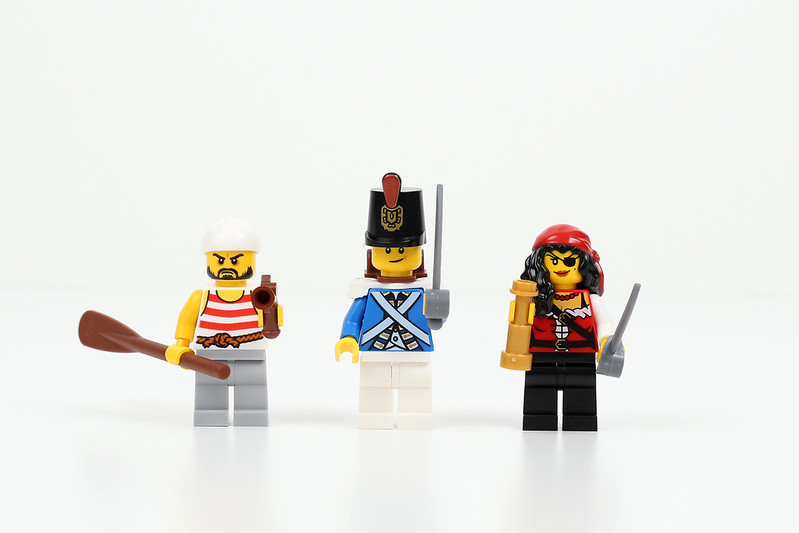 I wonder how many other female minifigure heads with eyepatches there are in the Lego universe?

The island is reminiscent of Peter Pan with a large skull… 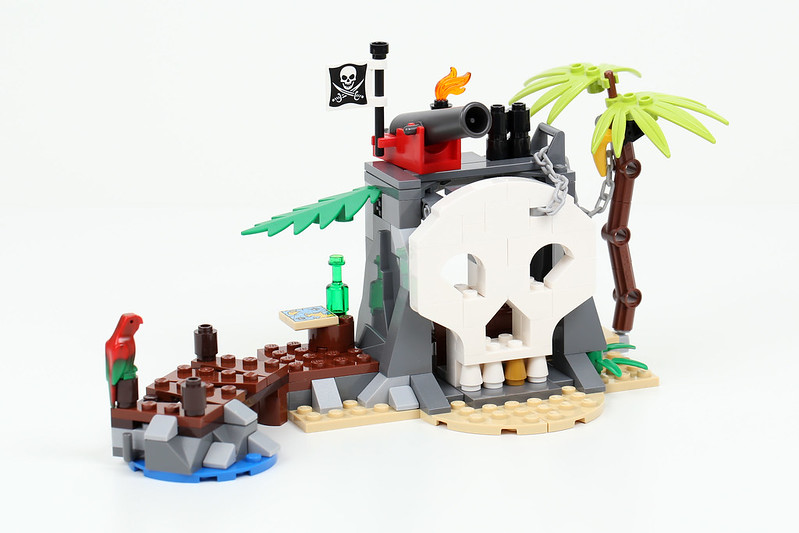 And behind the skull, a hidden treasure chest! 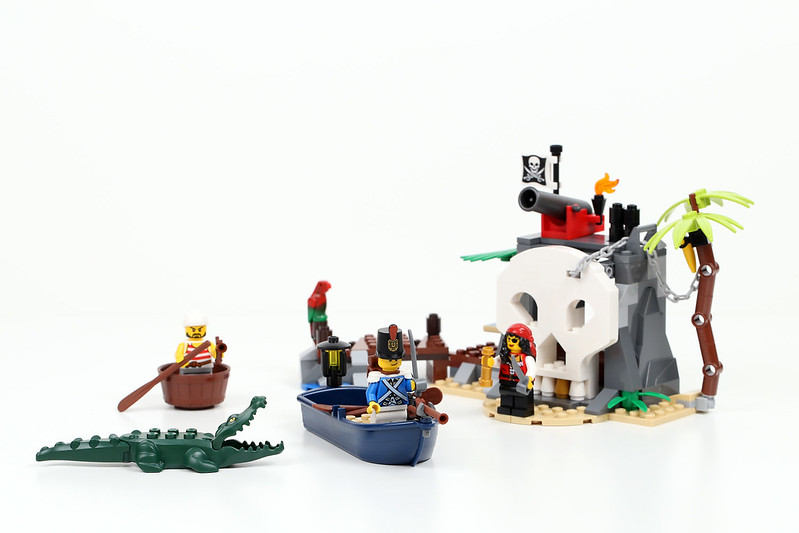 And equally as impressive as a female pirate with an eyepatch is the included alligator – also a bit reminiscent of Peter Pan although that was a crocodile and here we appear to have an alligator.
Overall, it’s a decent set, mostly because of the clever use of the tree to raise and lower the skull, but it still feels like these recent Pirates sets were designed and built and then half the pieces were taken away. I’ll give it a 5. If it goes to $15 or less it would be a good value. Check the price on Amazon.