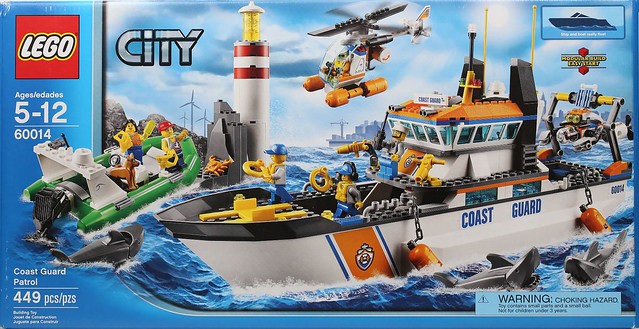 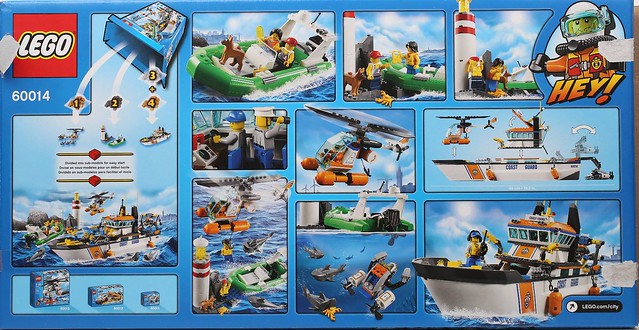 First of all, let me apologize for not posting a review for a week or so, I had to get some more sets ready for review by building them again and transitioned to a new computer. But now we’re back!

This set I got about a year ago when it was at a pretty good price on Amazon – it will probably go low again for the holidays. It stood out obviously because it has a big boat in it – a boat that actually floats – though I haven’t actually verified that myself, but the box claims it does. It is a pretty great Lego set depending on how much you spend on it and at the same time harmed by the notion that every set Lego makes needs to be a “play set.” 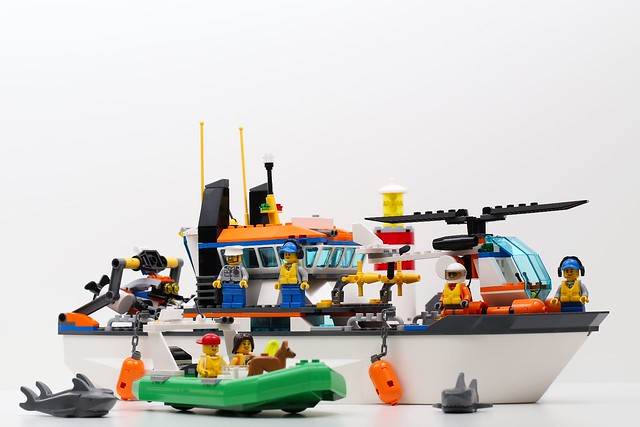 The main ship is great and has a pretty neat bridge design that is windowed on three sides – the same windows that I believe are used for the air traffic control tower in an airport set. 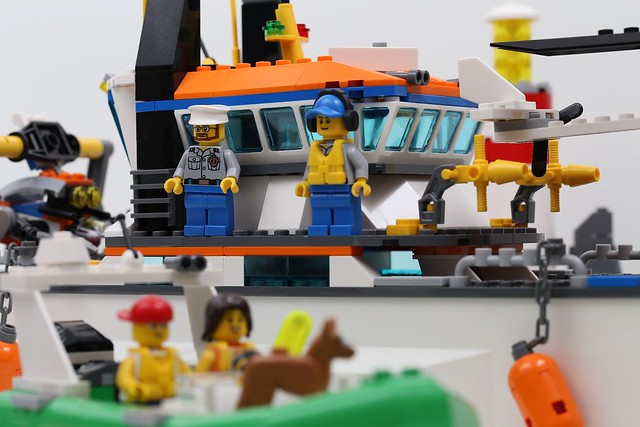 This is a serious looking ship – if there were drug smugglers in Lego sets, this ship would definitely be in hot pursuit. The bearded and bespectacled Captain is a nice touch as well. 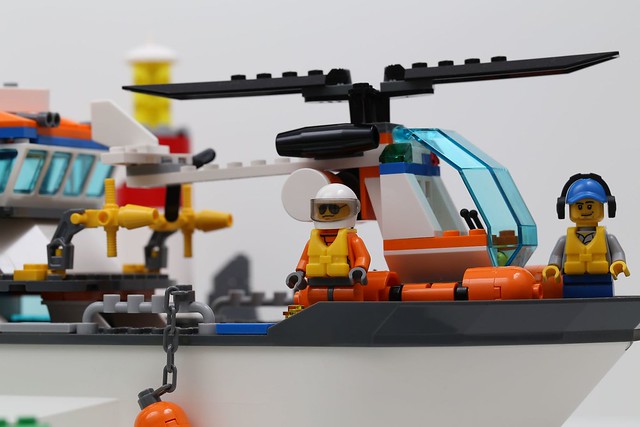 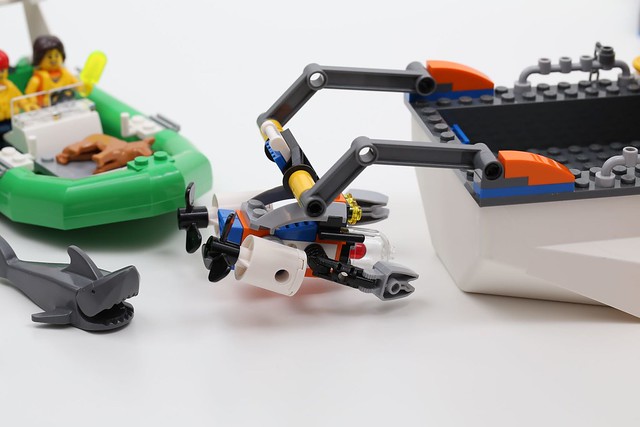 The ship carries not just the obligatory “play set” helicopter, but also a submersible. It’s quite small and appears to be a remote vessel as it would not fit a minifigure. The submersible (that’s a fun word to type, btw) is ingeniously lowered and raised into the water from the back of the boat. The inclusion of the helicopter is part of the maddening “play set” use by Lego. It is about as big as a polybag helicopter. I forgive it somewhat because it does add to the appearance of this boat being quite tricked out, but the helicopter has two very small rotors which make you question it’s worth. 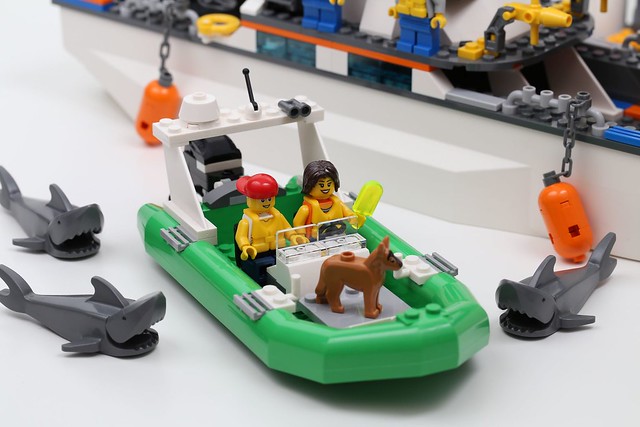 The set also includes a smaller boat which is undoubtedly in need of rescue by the Coast Guard. This boat is bigger than they needed to include so it’s actually quite justifiable in this set. There are two people in the craft – not paying attention as they either become surrounded by sharks – who probably just want a taste of that popsicle – or as they run aground into the tiny lighthouse on the rocks. 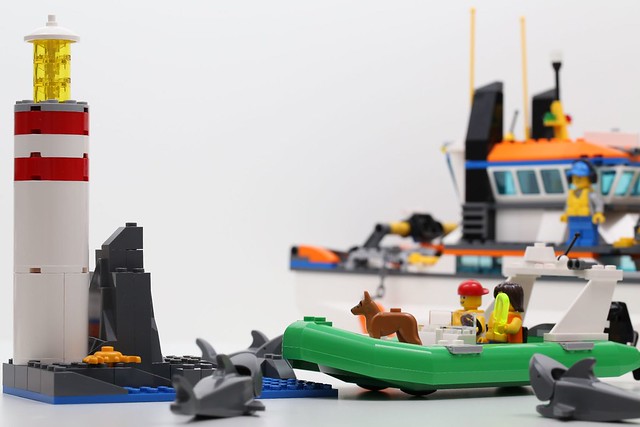 As you can see it is a pretty small lighthouse, but it makes a good “off in the distance” lighthouse. So to recap, we’ve got the Ship, the little helicopter and little submersible, the boat with the people in need of rescue, and the rocks with the lighthouse. Then of course we have 3 – THREE! – sharks. Add in the 6, mostly boring minifigures (I didn’t think they needed their own photo) and the grand total of pieces comes to 449. Seriously 449. The boat hull is one piece and the bridge is the majority of the pieces on the boat. So we’ve got a set with under 500 pieces with no licensed minifigures or anything in it that is supposed to sell for $80. The boat hull explains some of the cost but the MSRP of $80 is still pretty unacceptable. Luckily, almost as soon as the set came out it was marked down by $15 or more. So this is at once a buy only if it is on sale set and a set that is always on sale. So I’m going to give it a 6, since it’s sale price can get pretty good and all in all I like the set. The boat provides a multitude of options for MOCs that I sadly, have yet to explore.

I recommend a buy if the price goes below $60 and you’re interested in boats or a big collector of Lego City.