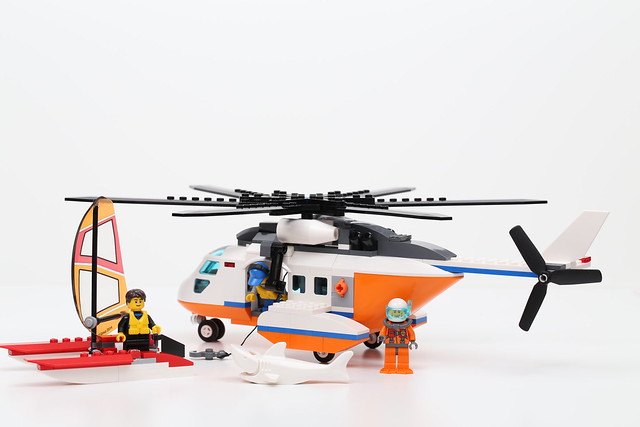 My second Lego Coast Guard review of the week (and the only other set I have) here we have, you guessed it, another Lego Helicopter. But this is the best Lego helicopter I’ve ever owned. 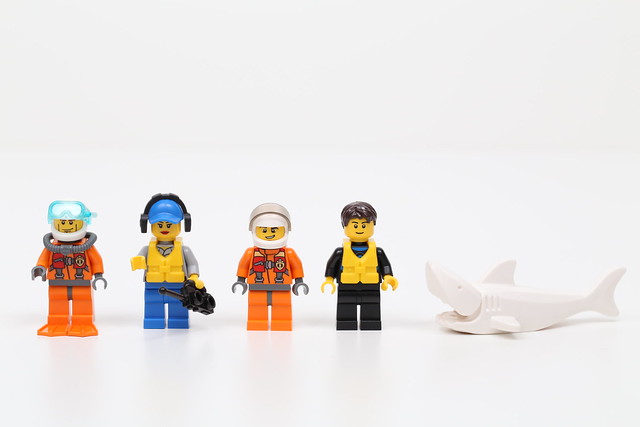 It comes with 4 minifigures and a “Great White” shark – this is exciting and the only set with a White Shark as far as I know. The minifigures are pretty standard, the rescue diver is probably the most interesting. 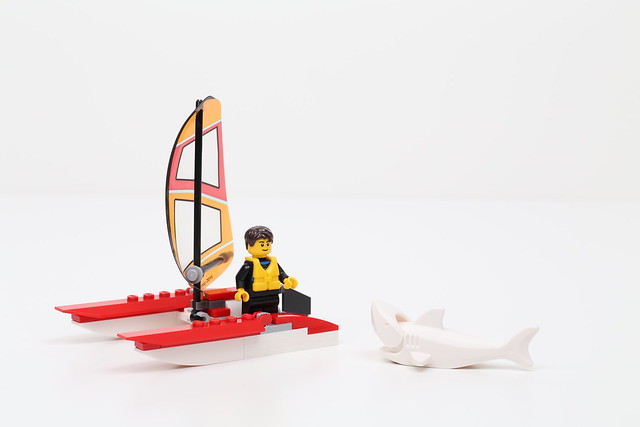 This is another play set that contains multiple vehicles – here we have a guy on a windsurfing catamaran who needs to be rescued from the shark. So we’ve sent in the Coast Guard Helicopter to save him. Unlike the lightweight helicopter that comes with the Coast Guard Patrol boat, this chopper seems up to the task. It has 6 rotors compared to the two on the little one in the other set. 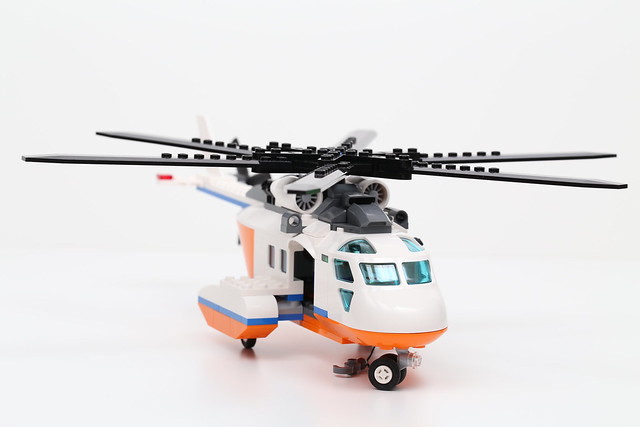 It also appears that it could land on the water with a pontoon like base. Probably not though – I think the pontoons would need to be much larger to make a helicopter of this size float. The basic structure of the helicopter is two bigger pieces – making it easier for smaller kids to build, going along with the theme of this Coast Guard series, but this allows the helicopter to have a very sleek structure which I’m ok with. This explains why the set only has 230 pieces and again retails for more than it should at $39.99. Luckily it rarely sells for that much on Amazon. 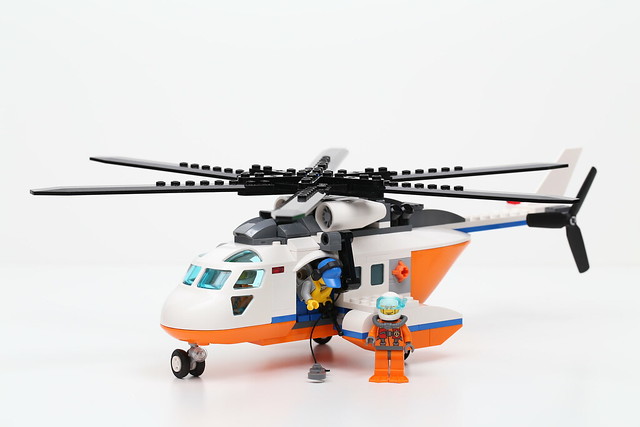 The other cool “feature” of this set is the automatically retracting “cable” on the helicopter. The energy you use pulling the string out is saved to retract it later. I haven’t seen this on a set before. The idea would be that the diver lowers down and brings the windsurfer back up with him. All we’re missing is a basket contraption that is usually attached to the bottom in the real world. Oh well, you can’t get everything. Ultimately I’m pretty high on this set. As I said, it’s the best Lego helicopter I’ve seen and comes with the exclusive “Great White” shark. Though as we all know a great white shark is only half white. I will give it a 7 with the caveat that the price be $30 or less – which it currently is: LEGO Coast Guard Helicopter