Continuing with the Christopher Nolan theme as of late and finally another review of a Batman set – here is the one set made from The Dark Knight Rises. As the only set, I can’t really complain, it’s mostly got the figures you’d want and the most exciting vehicle from the film. 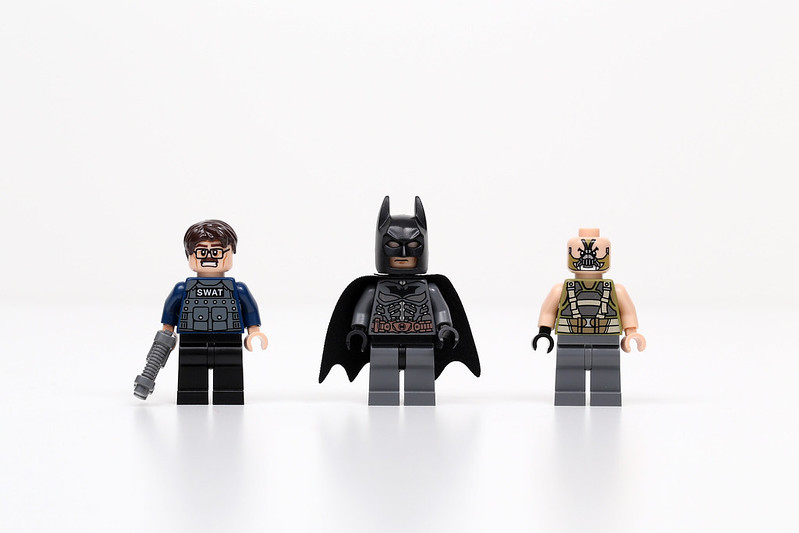 You get Batman of course, a movie version of Bane (obviously a must) and Commissioner Gordon. It would be nice to have a Selina Kyle Catwoman but alas it wasn’t meant to be. These are pretty good minifigures though. Batman has a movie suit and a realistic Bane gives you the chance to do your duck on helium voice all day long. 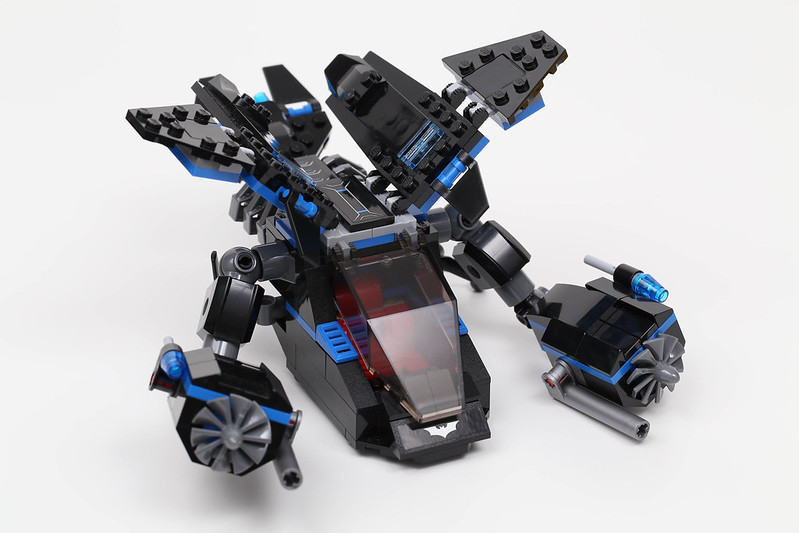 The main vehicle is The Bat and it’s a pretty good portrayal of the helicopter/plane whatever especially given that you never really get a chance to understand all of the physics and engineering of the thing. For some reason though they put blue pieces in it – in the movie it’s completely black (of course) I’m not sure why, but maybe for ease of building. Still, this is not really forgivable. 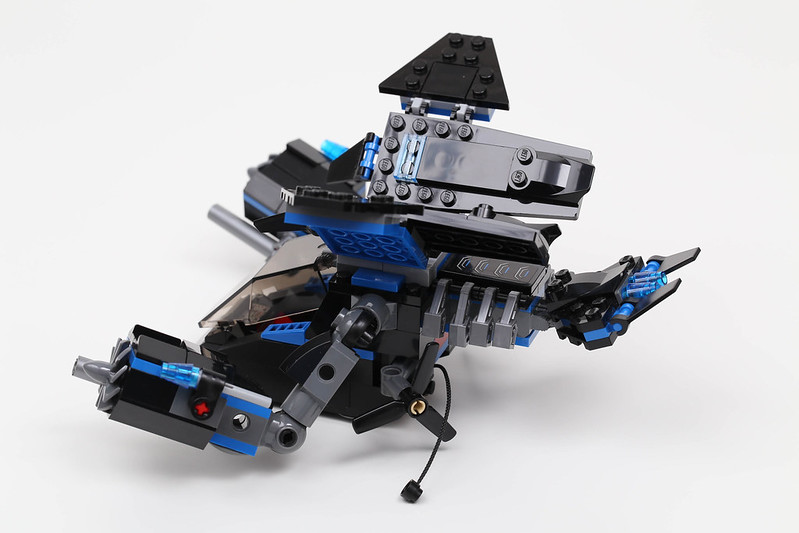 Those rotors should be bigger I believe.

The Bat has all kinds of articulation as it does in the film and this obviously makes it a good “playset” from the Lego perspective. Although you do get a Tumbler – and it is kind of in scale with The Bat… 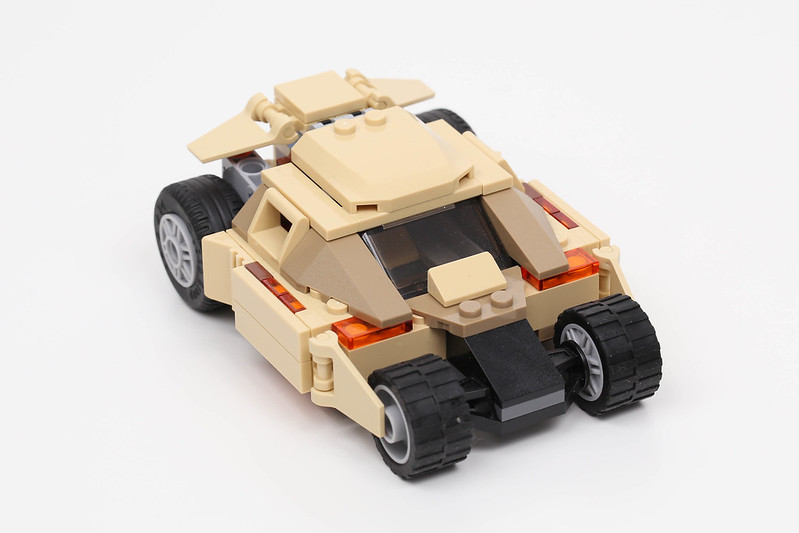 It certainly isn’t to scale with minifigures. It is almost a polybag size version. In the best world these would’ve been two separate sets and both at the right minifigure scale. 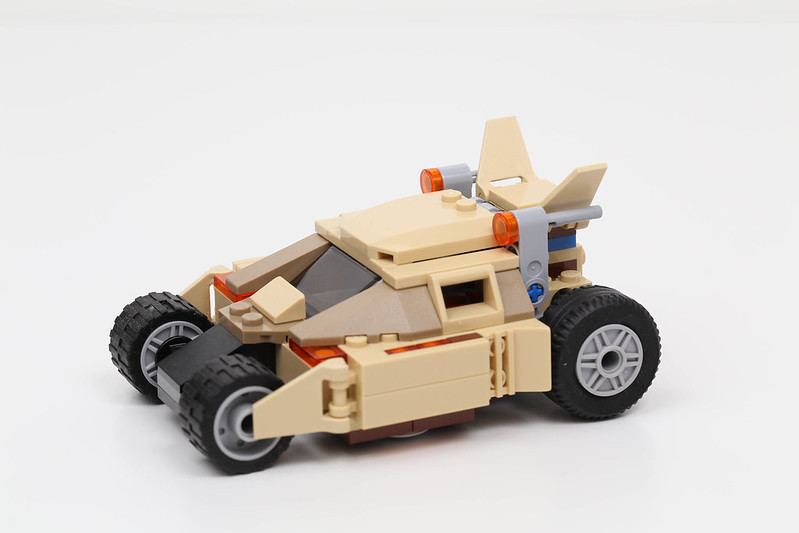 Still not putting those stickers on.

And of course, we have the obligatory flick fire missiles on the Tumbler, even though they are not present in an actual Tumbler in that spot.

“Now’s not the time for fear. That comes later.”

When this set first came out I was a bit disappointed by it – but at least there was one set from the movie. I think I even bought it at retail since I was anxious to get it. Now, I’ve come to accept it for the set it is and as it’s generally discounted, it’s a pretty good value. The minifigures are definitely the highlight – once you have your own Bane you can go on destroying everything you build if you want – with the voice! I’m going to rate this an 8, 6 plus the 2 for being a Batman set. It’s still available and I’m thinking of getting another one before it isn’t: LEGO Super Heroes Tumbler Chase 76001

Not getting this set could be very painful…for you.