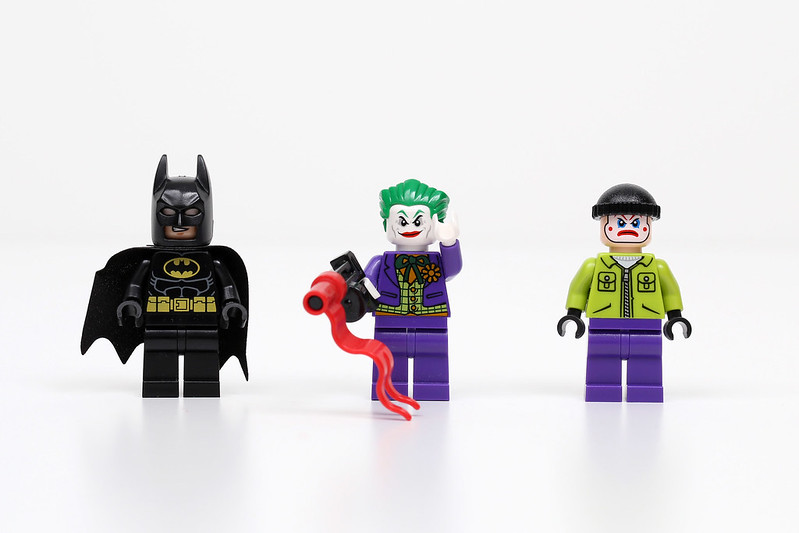 This was one of only two sets to have the Joker when the DC Superheroes line of Batman sets first debuted. I suppose it seemed more important then than it does now. It was the first of what became many of what I call the “Bat-vehicle” sets – the only other Bat-vehicle at that time was the proper Batmobile. And the well-defined nature and quality of this Bat-vehicle, helped in opposition to the Batmobile led to the disappointment in the future Bat-vehicles. 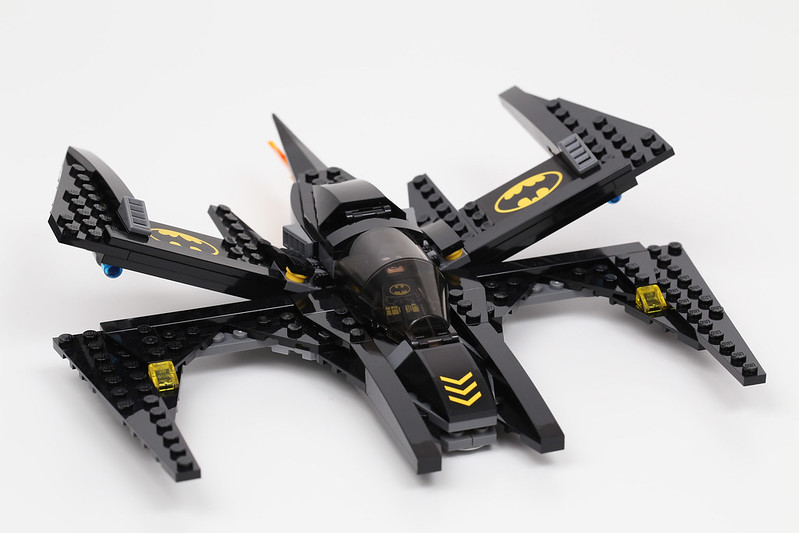 The Batwing is quite well thought out and everything the Batmobile is not – namely a flying vehicle. The sleek design and folding wings are what you would expect and what I came to expect from future Batvehicles. The sleek looks have been largely absent in the more recent Batvehicles. 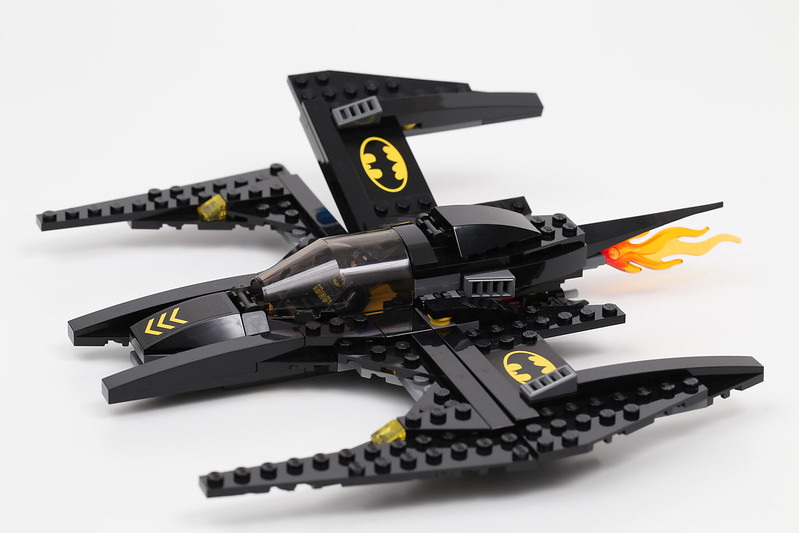 And of course it has the obligatory flames coming out of the back. 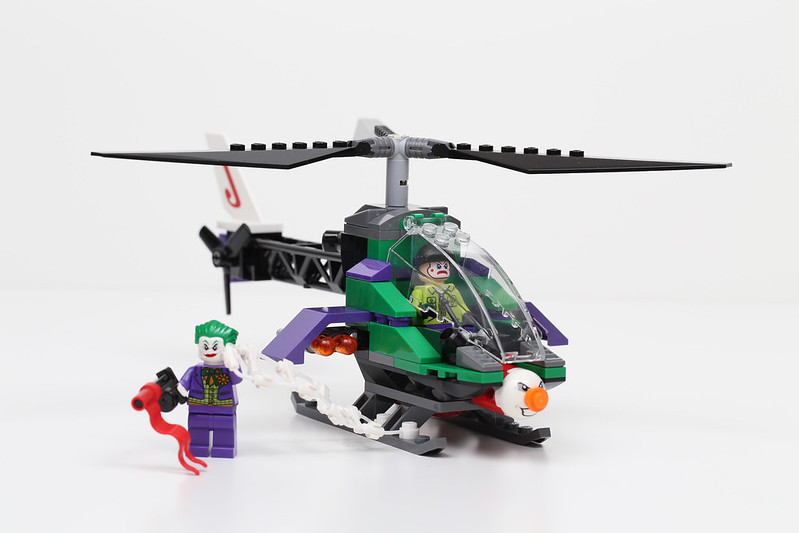 The Joker’s vehicle here is nothing to be sneezed at either. We have the ever present Lego helicopter – this time with 3 rotors, which seems to fit the Joker’s nature, odd. The henchmen with painted face is great. And who doesn’t love the grinning Joker bomb that launches from the helicopter. And the Joker swings from the rope ladder so he can cackle at the poor helpless folks of Gotham while he terrorizes them – until Batman shows up in his Batwing of course. The Batwing I believe appears in one of the Lego Batman video games and also looks a bit similar to the vehicle in the 1989 Batman movie with Michael Keaton.

In the end I have to give this set high marks after praising it, so I’ll give it a 9 overall. It was a little pricey when it first came out but as we saw that became the new normal for the lower piece count Super Hero sets. It was frequently discounted and if you got it then you got a good deal.