The second Lego LOTR set to review is 9476 The Orc Forge. In this “bad guy” set, you get four minifigures. 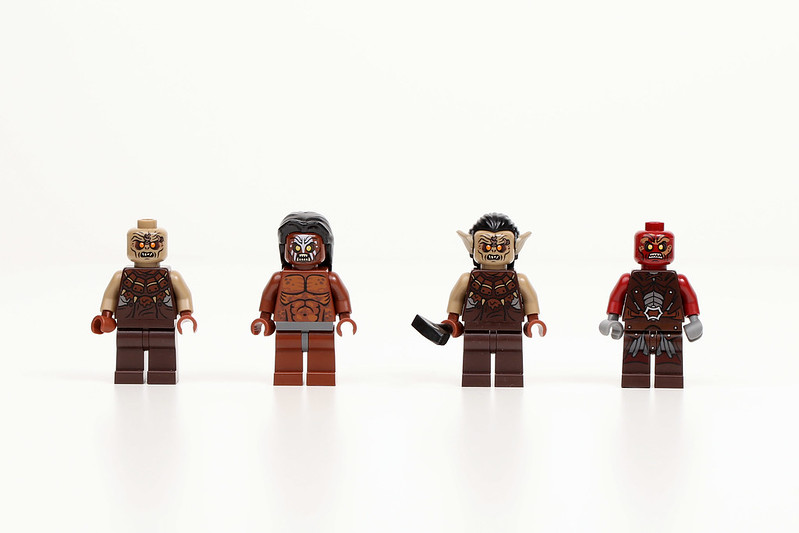 Two Orcs, two Uruk-hai, one of which is called Lurtz. This seems like it would have been a great set to include Saruman with but he’s not here. Lucky for us, he’s in The Wizard Battle set. The Uruk-hai minifigures have nice back printing. 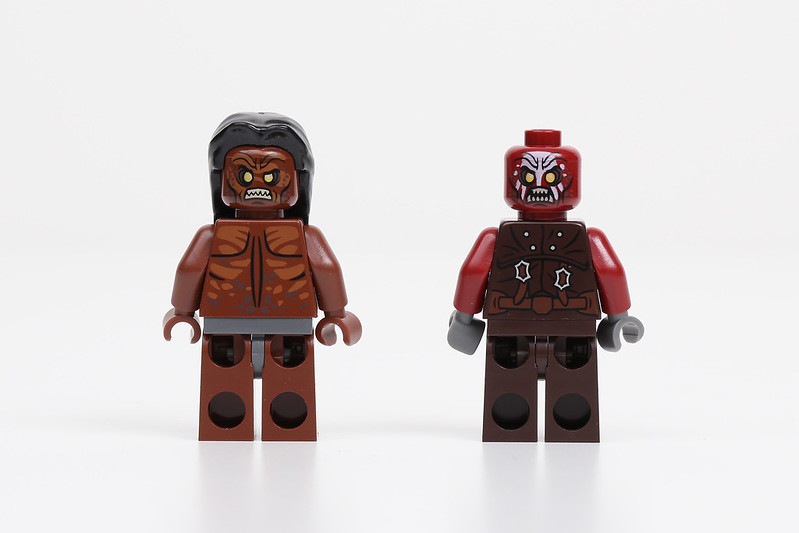 They also have even angrier faces if their regular faces weren’t angry enough for you. 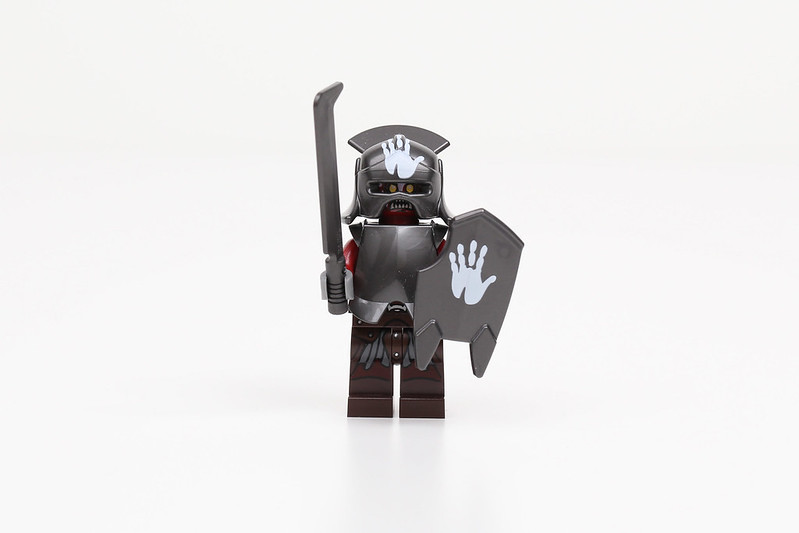 The set also comes with some very nicely detailed armor, complete with the white hand of Saruman paint job. I still think that the white hand should be a Lego minifigure c-shape handprint but oh well. Apparently somewhere in Lego Mordor there is a human hand.

Again in opposition to most of the Lego LOTR sets being filled with grey pieces, this is a brown set. 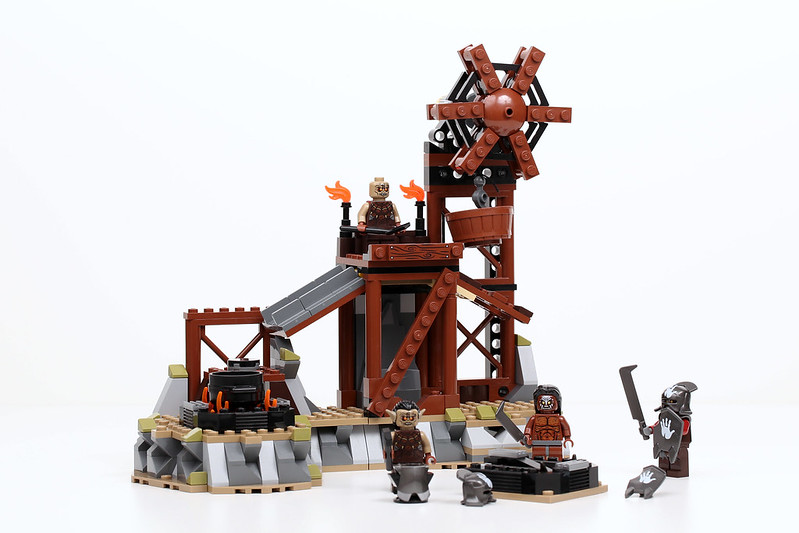 It’s fairly three dimensional and has a fun action to it – you can lift the basket with the “water wheel” and spill the raw ore down the chute to go into the cauldron. The cauldron has a light brick underneath it that glows a lovely fiendish red when activated. I would have shown a photo, but it doesn’t really show up in the photo. 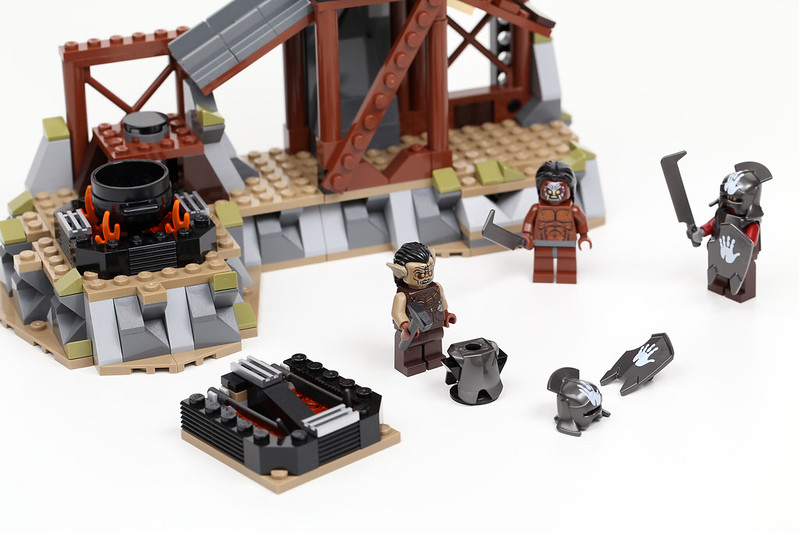 As you can see the set comes with two full sets of armor and an extra sword forge or something like that. As you may recall this is the scene in the film when the Uruk-hai are being pulled out of the mucus-y ground. It’s pretty gross, but it makes for a pretty good Lego set. This is one of the last ones I purchased, when I lucked out and it was on clearance at Target, which it was exclusive to other than the Lego Store. I will also rate this set a 4. But it’s funny how time passes, at first you don’t really care about a specific set and then you either get it or miss it and you’re really happy or really mad about it. I’m really happy I got this set, especially at a discount. Sadly, it is no longer available.