This set comes with 6 minifigures, 7 if you include the large figure cave troll, which is pretty big, larger than the Wampa and Incredible Hulk. It is the only set that included Boromir or Pippin, while Attack On Weathertop was the only set to include Merry. As I said, Lego really made sure they spread the fellowship around so you couldn’t just buy one or two sets. When I took the photos I thought it came with Gandalf and Frodo as well (I figured every set came with Frodo, but now I realize that the extra Gandalf and Frodo figures I have came with the polybags Gandalf at Dol Guldur and Frodo’s Cooking Corner. This was also because the Brickset database lists it having 9 minifigures but that is because it includes two skeletons. I’m sorry but skeleton’s don’t count in my book. Or Bilbo’s probably. So instead of just reshooting I thought it would be more interesting (and easier obviously) to just put a big red X over the two figures I mistakenly included. Who doesn’t love a big red X? 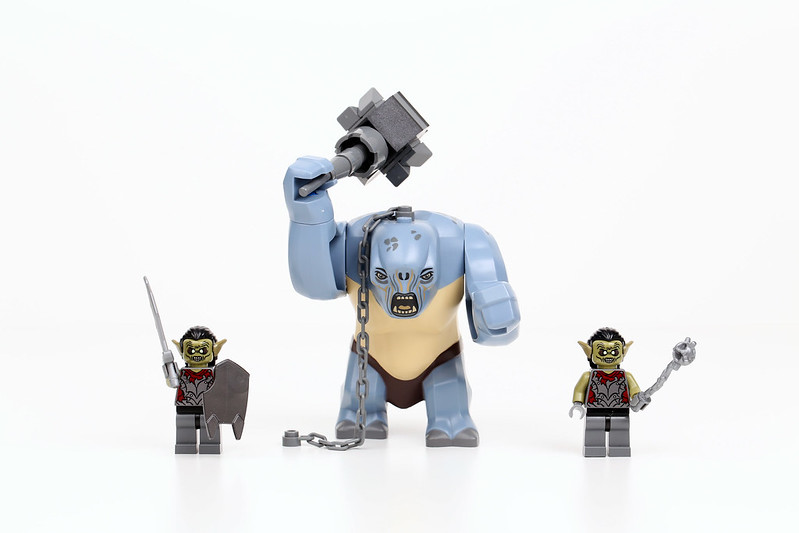 Surprisingly (to me at least) this was also the only set with Legolas in it until the Pirate Ship set came out. I don’t own that one and probably won’t – that scene in the movie doesn’t really do anything for me and the set seems kind of boring. Put it this way, it costs more than this set did and I’d probably rather have three of these before I bought one of those. 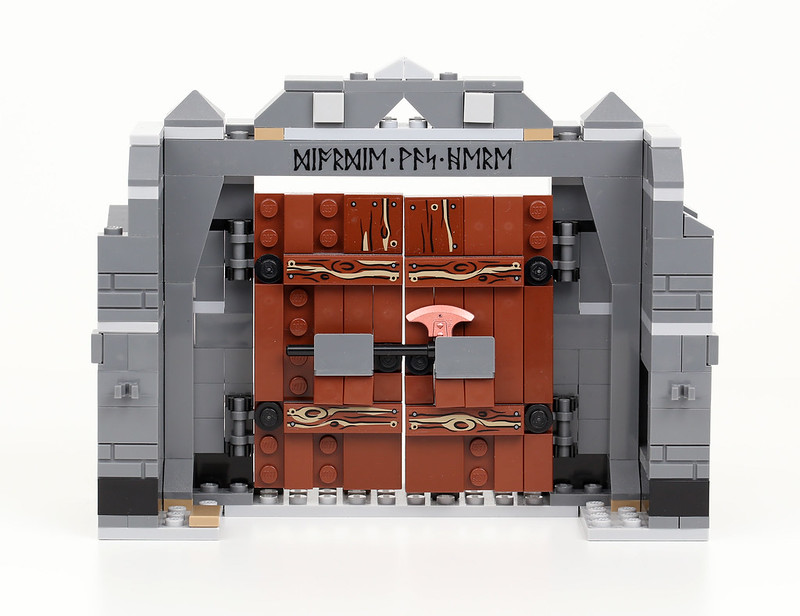 This set is broken down into four separate “sections” the first of which is the door that the goblins smash through with their cave troll. The brown doors themselves are pretty nice and “realistic.” 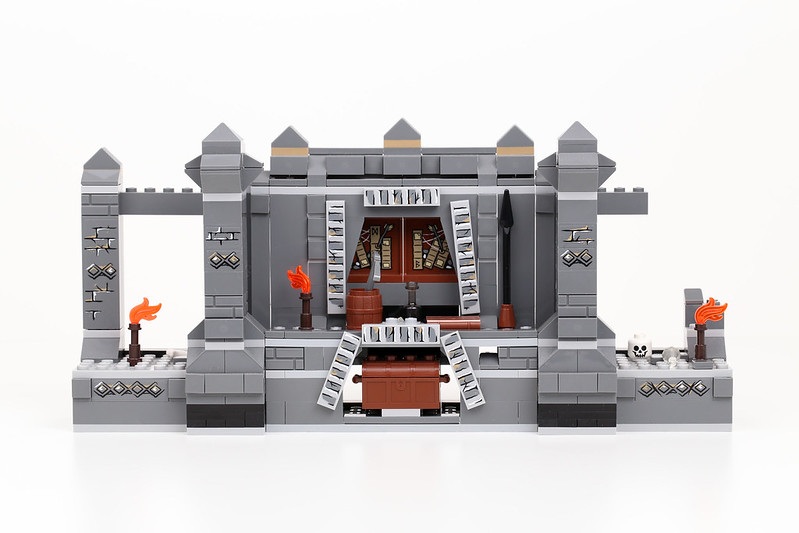 Next you have the side wall section which can break apart if you press a lever – the doorway also does this – a great playset feature.

The next two sections are smaller – the tomb of the great dwarf (who I think was Gimli’s relative – but are all dwarves related? (is that racist?)) and the well with the bucket and skeleton which leads to the excellent line “Fool of a took!” 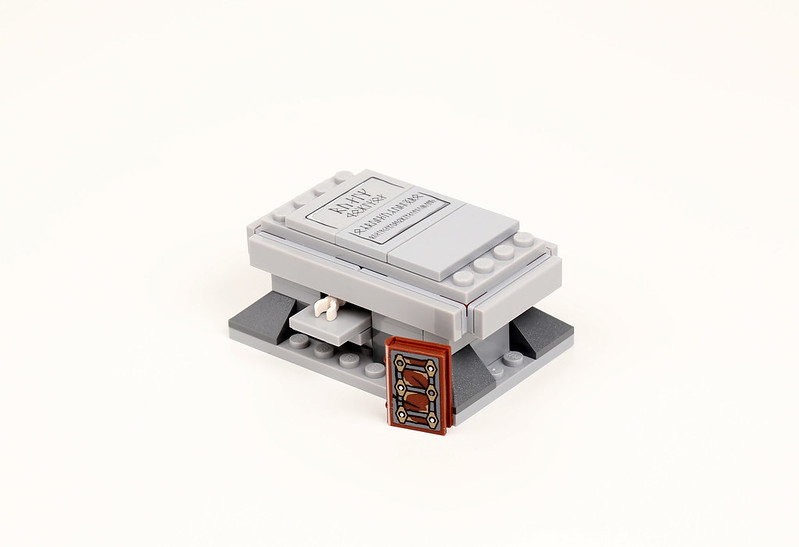 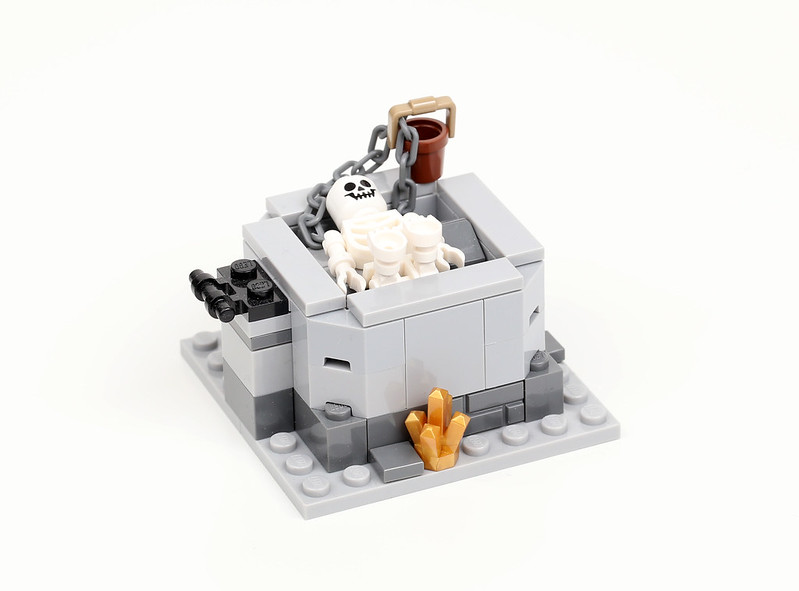 Not included in these photos is a little bag of weapons you get – grey ones that are supposed to be spread around the room as if left by the dwarves.

This set makes for great battle scenes – and if you do spread random pieces around it would look quite similar to the films – obviously you might want to add four real walls. 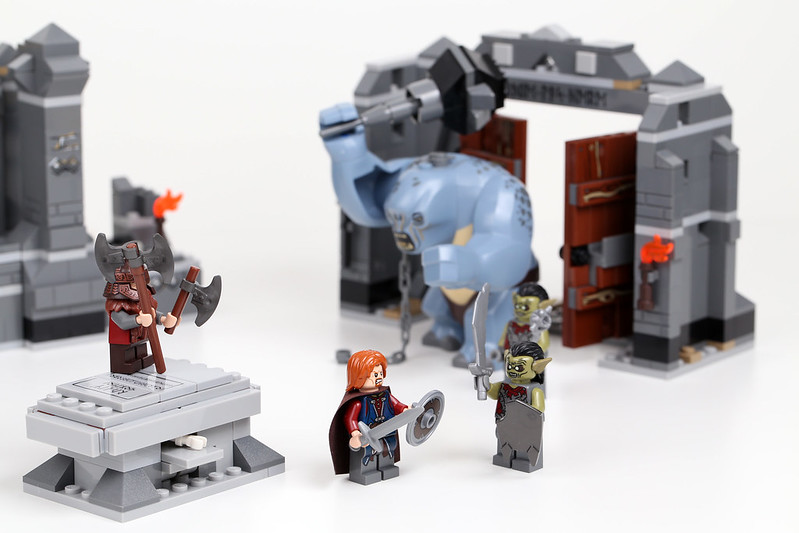 But this is a pretty cool set the only reason I hesitated to buy it before was waiting for it to go on sale a little but in retrospect it is probably worth the full retail price. I’ll happily give this a 5 despite the price I think the inclusion of Boromir and the Cave troll and the real effort made to capture the scene in the film is worth it.