Here we have the smallest set from Lego LOTR and the first one encountered movie wise. You get the two main characters, Frodo and Gandalf, in their most basic forms. 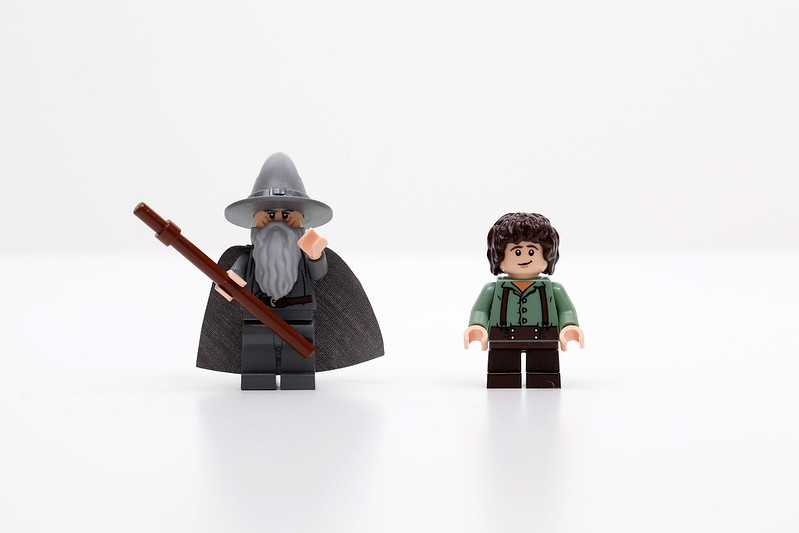 Gandalf arrives on his cart with horse. This was the first release of the new Lego horse – which can rear up on its hind legs (after much time spent carefully balancing it of course). He has the fireworks he launches at Bilbo’s birthday party in the back of the cart, along with an envelope with wax seal. 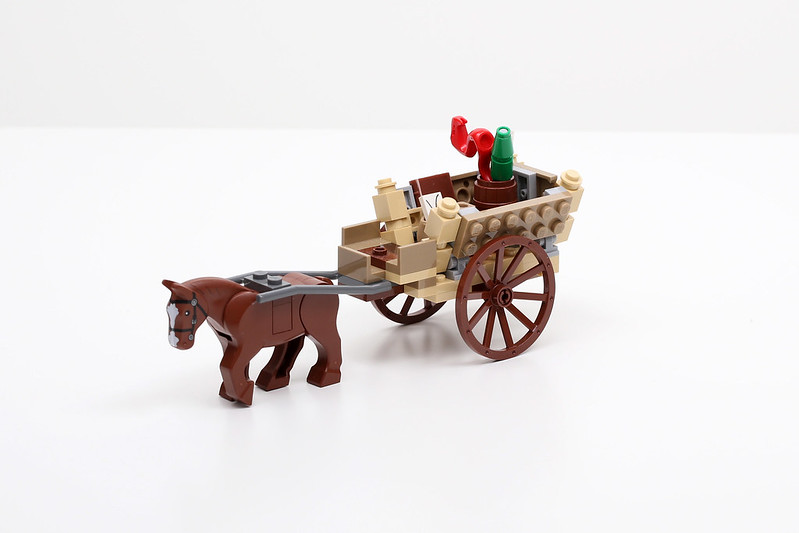 This set does not come with the ring of power. (Is that supposed to be capitalized? If so, I’m sure I’ll hear about it from Sauron later.) Because at this point in the film Frodo has no idea the travail that awaits him. The nearly 10 hours of celluloid that await! 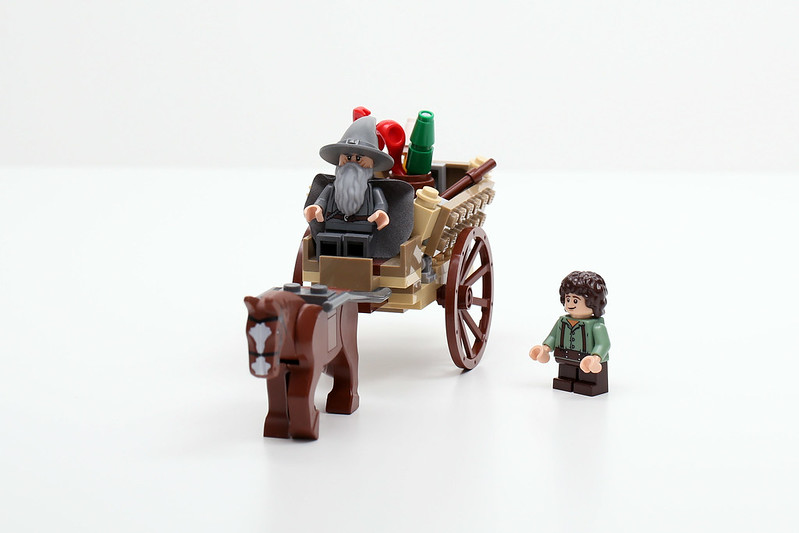 And there you have it, Gandalf Arrives, in less than 90 pieces even. This was the first Lego Lord of the Rings set I got and so I’m fond of it. Like all the sets so far, I’ll give it a 4. You get a horse and two minifigures for the standard $12.99 introductory price. Or should I say you “got” – this set is no longer available.