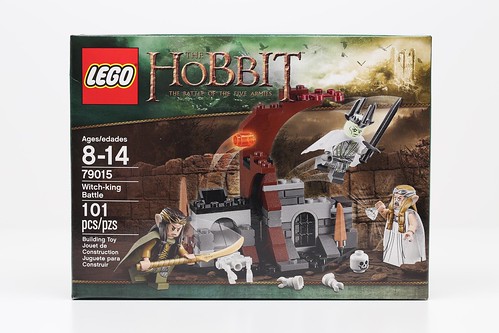 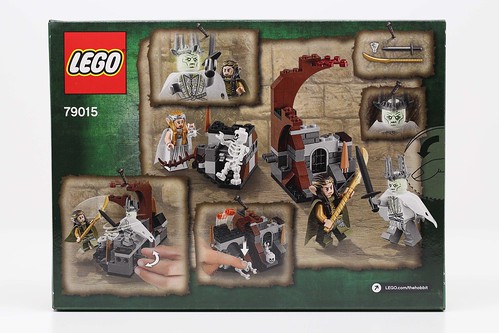 I haven’t seen any of The Hobbit films yet, I figure I enjoy Lord of the Rings enough, if I’m hankering for a 3 hour Peter Jackson fantasy film, I’ll just watch one of the “originals.” But I didn’t have a Galadriel. So this set was all about the minifigures. 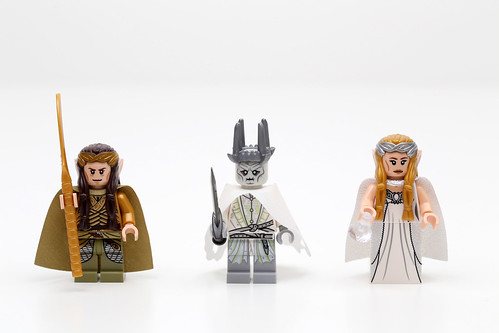 You get Elrond, Galadriel and the Witch-king, who’s body painting is pretty nice and who has a steel crown atop his glow in the dark head. And after I opened it and started building it, I realized it was all about the minifigure capes. Specifically, Galadriel’s once again resplendent cape. 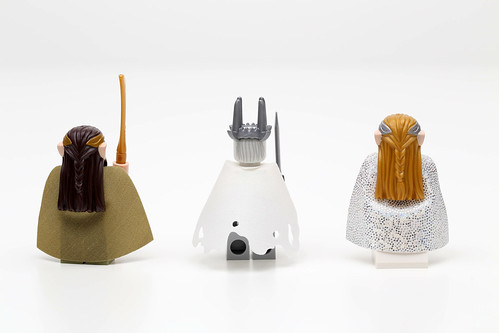 Just look at that. I was quite excited about the Wizard’s cape from S12 of the collectible minifigures, but this brings it to another level. Galadriel is officially the pop star of the forest with that thing on. I do have one problem with it however… 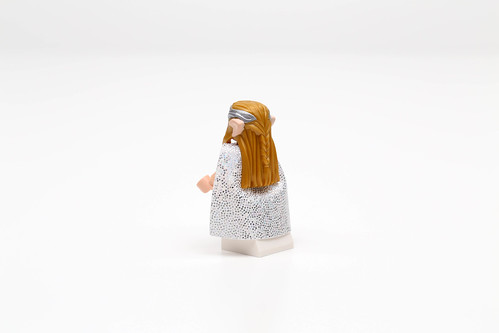 Once again, and most frequently with a Lego Lord of the Rings derived set, Lego has given us a minifigure with a cape AND a big headpiece or hairpiece that scrunches the cape up. It is especially disheartening to see this beautiful cape scrunched up. They really don’t seem to care about this and somehow render it as a non-issue in the box image. 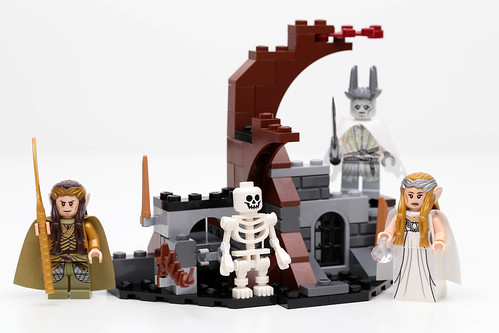 Back to the set at large, it’s a small set and should really be selling for $11.99 or $12.99 but it’s licensed and the glittery cape probably costs a few extra cents to produce. I’ll give the set a 6, it’s really not a bad value proposition for the figures you get. These sets were just released on Wednesday so I bought this one at the Lego Store over the weekend. If it hadn’t been for the double VIP points in Oct, I might have waited, although the low end sets can never really go that much on sale. Plus it’s always fun to have one of the brand new sets around the time they come out. It’s still full retail on Amazon and they haven’t gotten the item description perfect yet: LEGO Hobbit Hobbit5 79015 Playset