This is the second smallest of all of the Lego Lord of the Rings sets, so I thought I’d start small with my Lego LOTR reviews. You get two minifigures, Gandalf -sans cloak and hat- and Saruman. 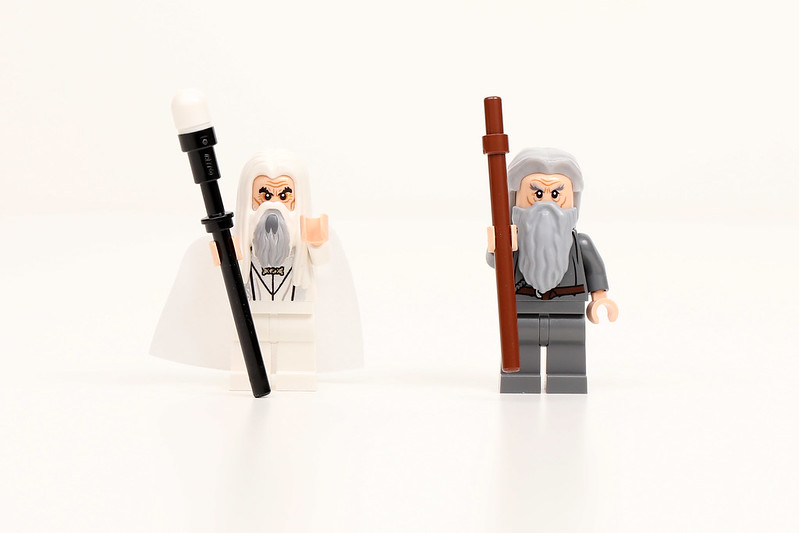 This is the only appearance of Saruman in the LOTR line-up, aside from the massive 10237 Tower of Orthanc. His beard is especially nice with the darker area just below his chin. Gandalf appears in many other sets and is quite plain here. 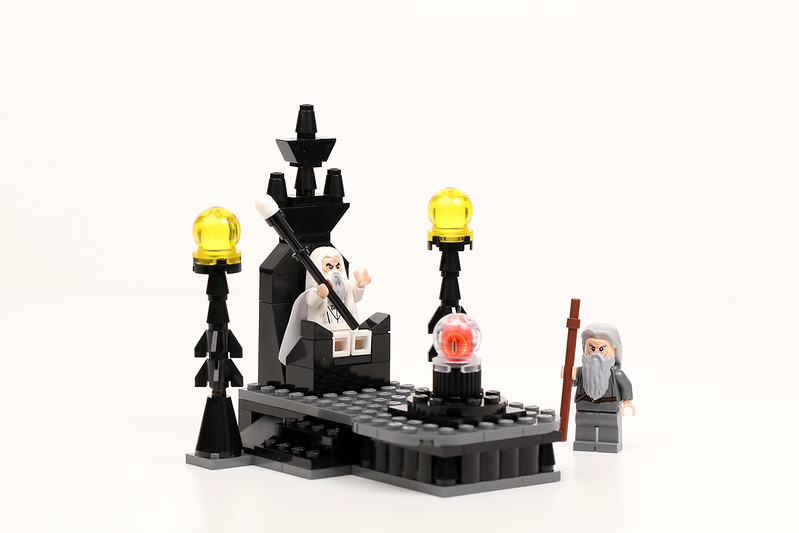 The set only contains 113 pieces, the only smaller set is 9469 Gandalf Arrives. You get Saruman’s throne, for lack of a better word. You can press a rod behind him to make him jump out of his chair quickly if you want – as seen in the movie. The Eye of Sauron is present as it is in the film and can rotate via a gear system – not bad for a $13 set. 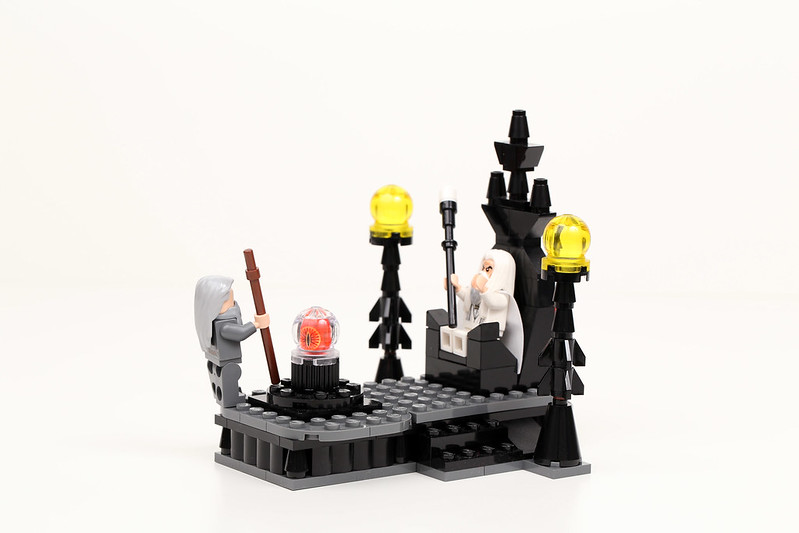 It’s no longer available through Lego, but is still available from Amazon third party sellers for a slight markup: LEGO Lord Of The Rings 79005 The Wizard Battle