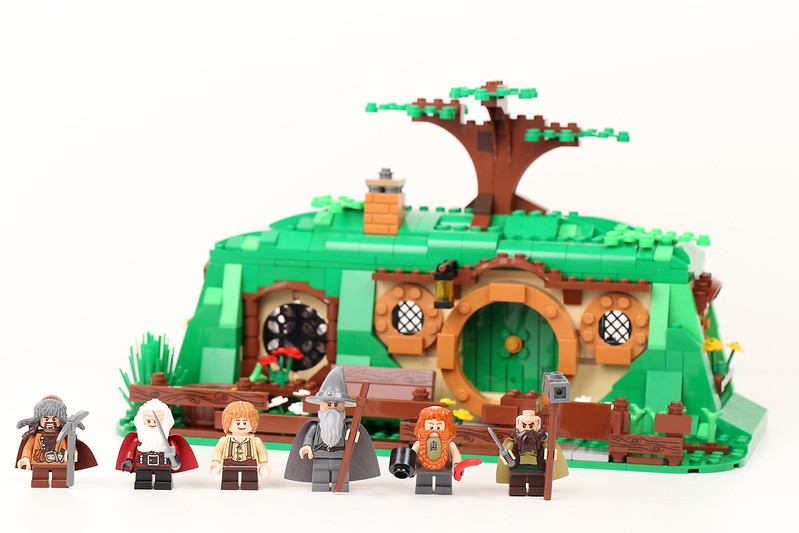 What a set! Most reviews of this set said so about a year ago, but I finally got around to cracking open the box and building it. I can do nothing but wholeheartedly agree. It’s beautiful and so detailed. I don’t own any of the Modular sets but this set seems to be on the level if not exceed those sets in terms of detail. I guess I should acknowledge that this is not technically a Lego Lord of the Rings set, but part of The Hobbit line but obviously it depicts a crucial part of Lord of the Rings as well.

You receive six minifigures including Gandalf and Martin Freeman Bilbo. The rest are dwarves from The Hobbit films so I’m not that interested in them but they are all excellent figures. 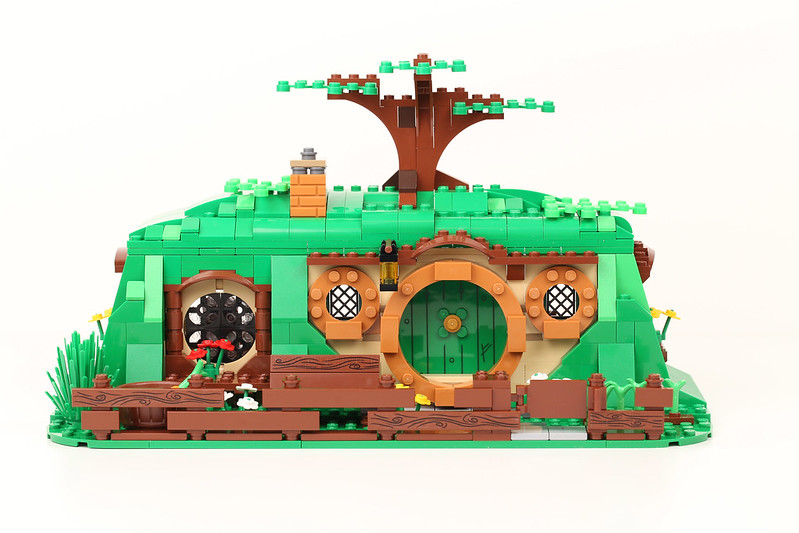 The house, Bag End, as you likely know is built into the side of a hill, so that is why there is a tree growing from the roof. The best feature of the front of the house is probably the great round green door – especially the scene when Bilbo walks through it while invisible. 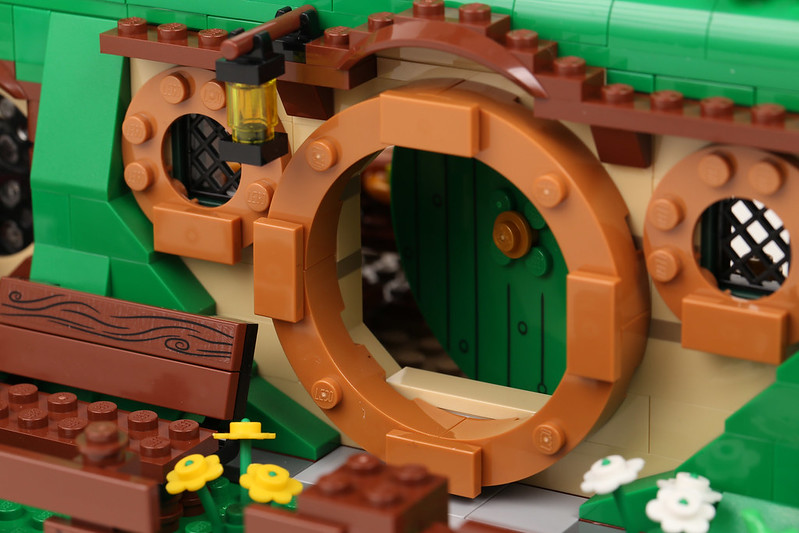 What makes this set so great is that the interior is fully realized and while it’s not a full four wall set, it has the feel of one, much more than most. 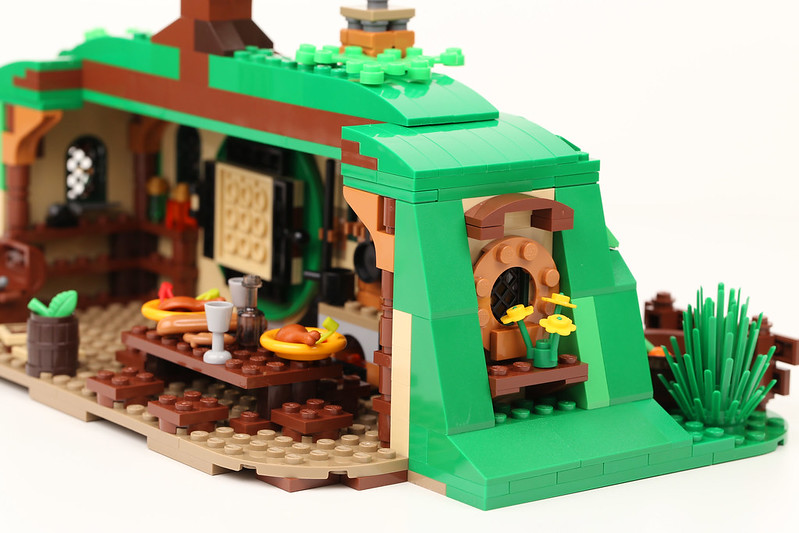 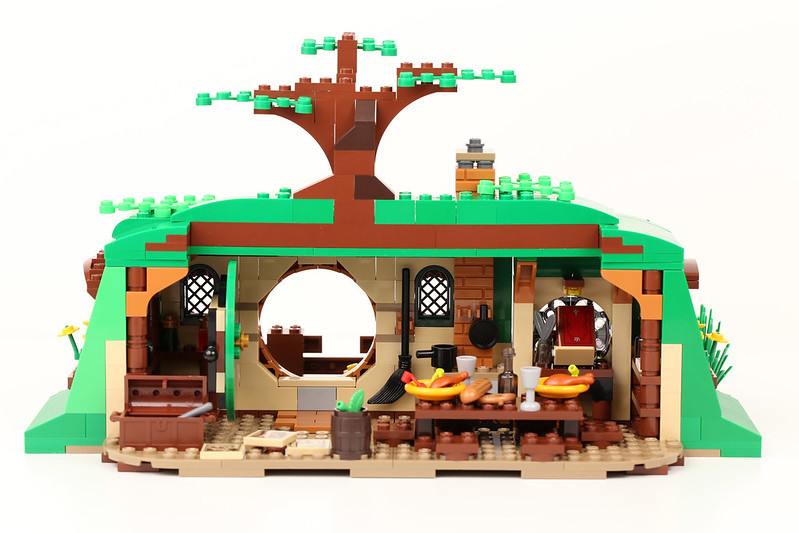 You have Bilbo’s book complete with a stand, just as in the film. 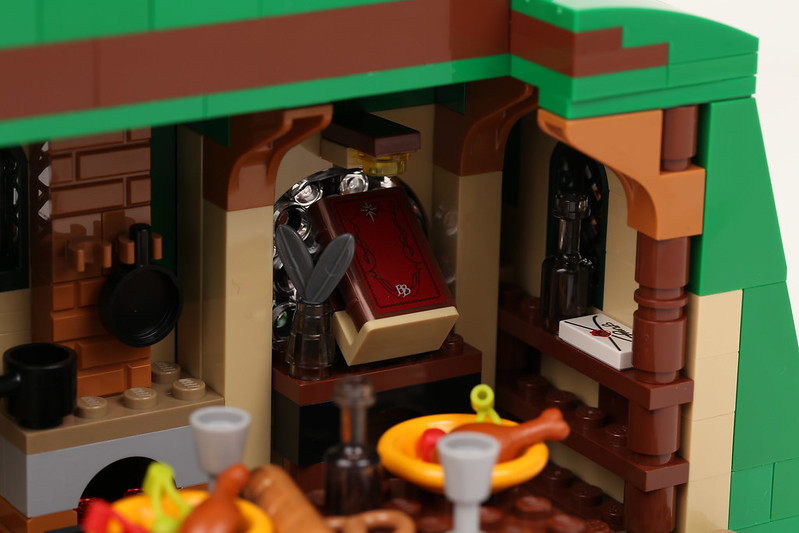 And an incredible feast filled with the juiciest of Lego delicacies. 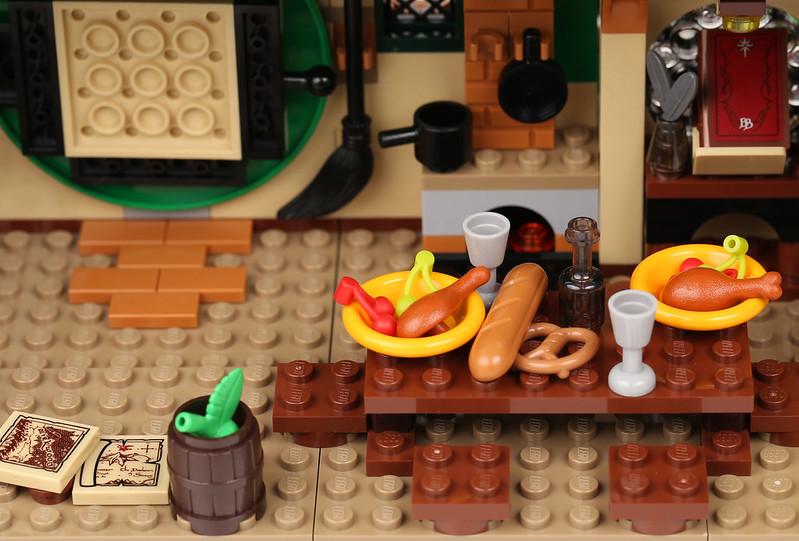 And three maps with stickers, but incredible levels of detail. 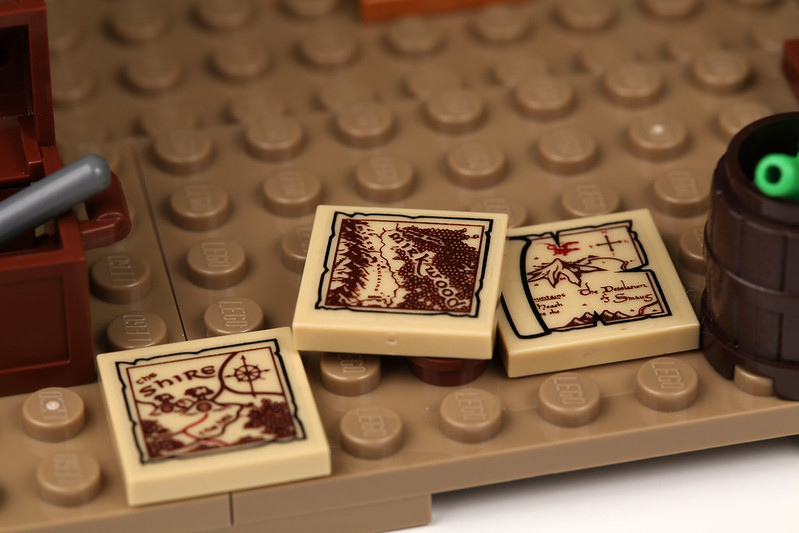 Mmmmmmmm. I love Lego food. Building with it of course.

I don’t know how they did it, but Lego seems to have really rewritten the book on this one. This is just an absolutely gorgeous set. Perhaps it was due to come out with the LOTR sets but they spent so much time on it they delayed to The Hobbit sets? If so it shows. More than any Lego set I own, it is just a pleasure to stare at…

So with all that being said, I’ll give this set a 5. It would be a 10 on the regular rating scale as well. This set is at the end of it’s lifecycle. It is listed as “call to check product availability” on Lego.com. Through Amazon it is only available through 3rd party resellers currently.