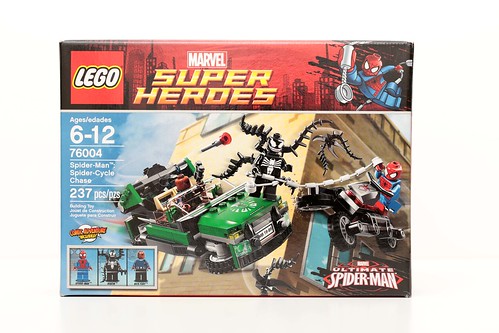 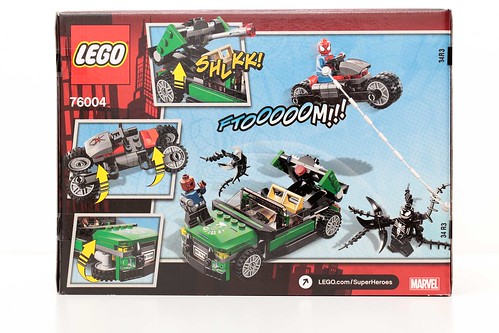 What’s this, a Marvel Spider-Man set reviewed on a Lego Batman site? Well, yeah, calm down. They only make so many Batman sets ever year. Also I just learned something new while posting this review, it’s “Spider-Man” not “Spiderman.”
Anyway, I bought this set mostly to add Nick Fury to my cadre of Avengers figures – I’m only missing Black Widow, it didn’t seem necessary to buy a $70 plane to get one minifigure, even if it was Scarlett Johansson. This set has been well discounted for awhile now, I bought it a long time ago and finally opened it for building and review. And just like the Lego 6867 Cosmic Cube escape, we’ve got another great vehicle in this one. (Ahem, Batman builders, take note.) 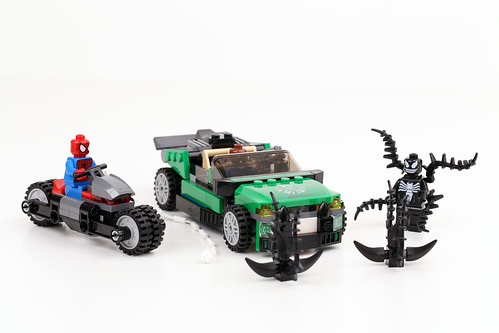 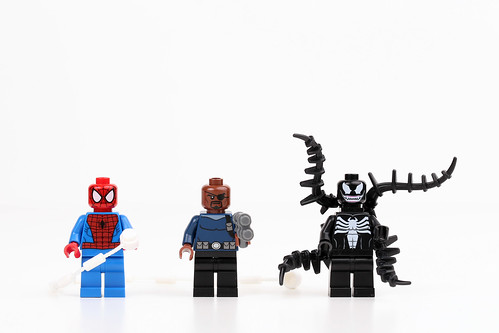 Nick Fury is one of the few minifigures that has an eyepatch. 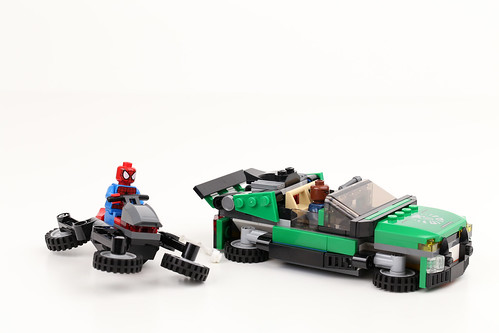 The wheels on both the Cycle and the car fold up so they can appear to be hovering – as seen on the front of the box. Basically, Spider-Man has to spend a certain amount of time in the air. The Cycle is pretty boring, but as I said before, the car is great. 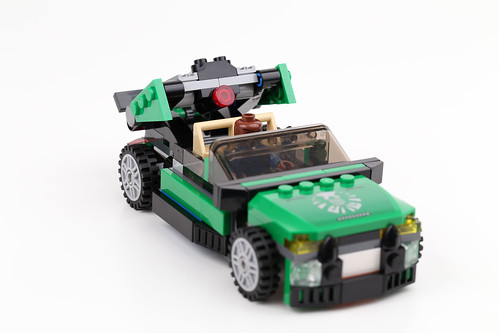 It is money green and has a pop up back end to reveal a missile of course. The hood is a nice one piece hood and the windshield (or windscreen if you’re across the pond) is a tall windshield piece that is used horizontally rather than vertically. This is the first time I can remember seeing this and results in a much sleeker look. 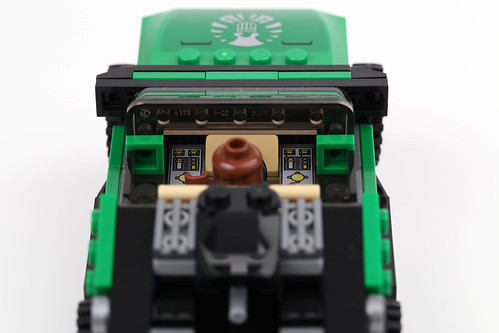 The car is also a one seater which is interesting, I really like the two 1×2 tiles on either side of the seat. 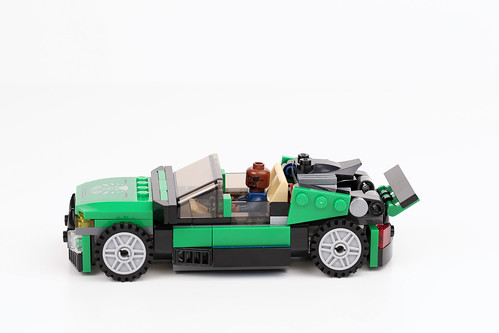 But ultimately what makes the car so great is it’s overall profile and the “contour” of the body from front to back, punctuated by the rear spoiler. This is one sleek driving (and hovering) machine. I give this set high marks, I think I’ll give it a 7 since it’s got a great vehicle, a crucial minifigure in Nick Fury and a pretty good villain. This also makes it a good stand-alone set. Even better, it’s been on a permanent 25% off sale for sometime now. I’d get one before they disappear – it’s currently only $14.79 on Amazon: LEGO Super Heroes Spider-Cycle Chase 76004

The only thing I would change is the name. Instead of Spider-Man: Spider-Cycle Chase (and I”m not a fan of the colon usage in sets to get the Super Hero name in there anyway) I’d call it Nick Fury and His Awesome Car.