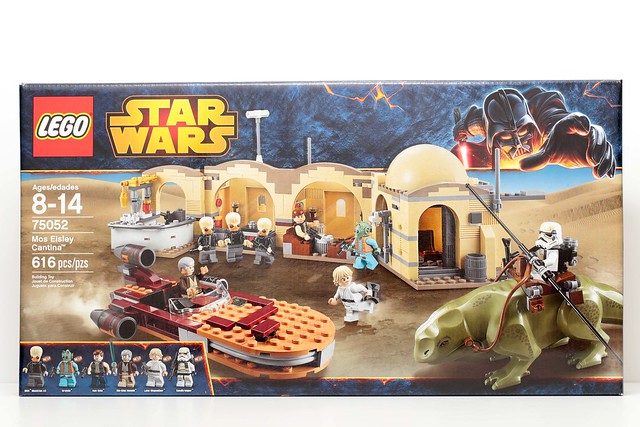 Never has there been, a more wretched hive of scum and villainy. 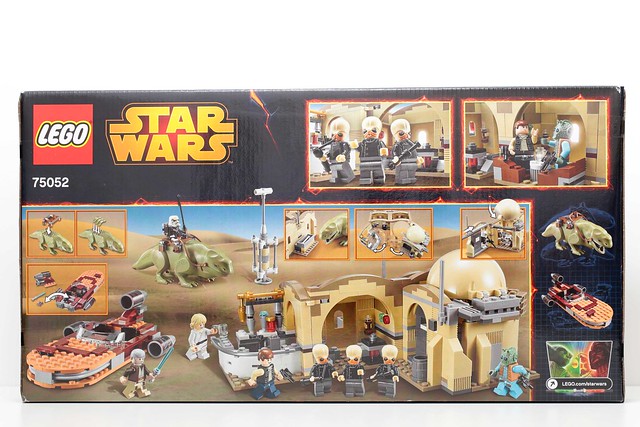 Let me first say that collecting Lego Star Wars is a slippery slope. You get a set and then you realize you need another set to complement that one, because you’re missing a few characters or something. Next thing you know… You see some Bith musicians and you’d really like to have them. Not to mention a very nice Greedo. 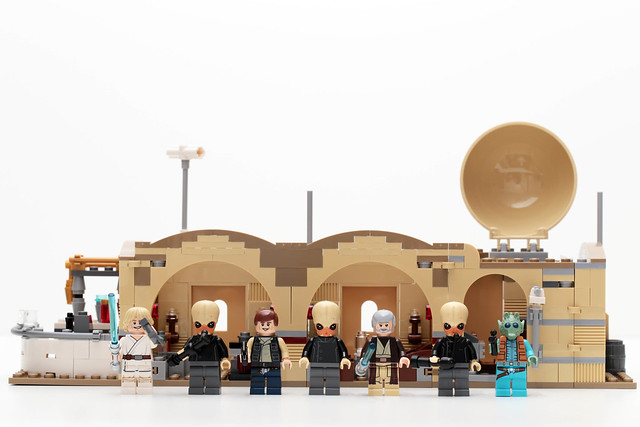 For a retail price of $70, this is a little light in the piece count – as we often expect from a Star Wars set. I got it from Amazon when for some reason they had discounted it by $10 for preorder, but just got around to building it. The pieces are great fun, I love the tan sand pieces of Tatooine – I wish I’d been around to get some of the Prince of Persia sets for parts. Despite the fewer pieces though, it’s a pretty clever way of building the Cantina so that it can “fold” into a square or be displayed in a long line of rooms. 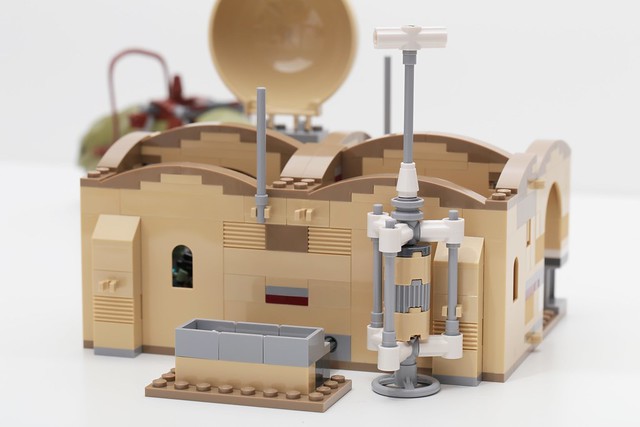 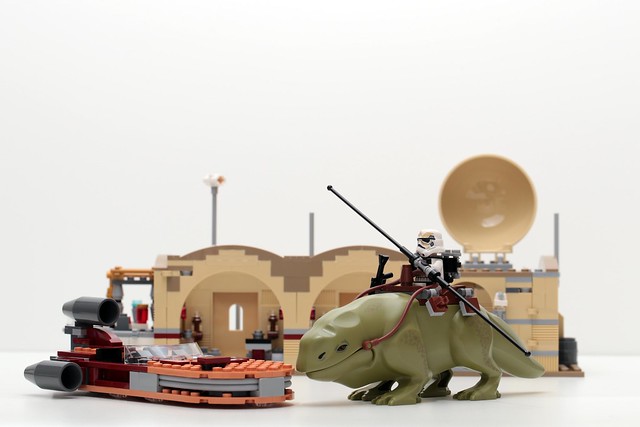 Although the structure is clever, it is quite small, I think this is because of the inclusion of a Dewback and Luke’s Landspeeder. This points to the constant Lego attempt to design sets for children so that they are playsets. I for one definitely did not need Luke’s Landspeeder – there’s not a Tusken Raider in sight and there’s only one Sandtrooper for Obi-Wan to play Jedi Mind Tricks on. 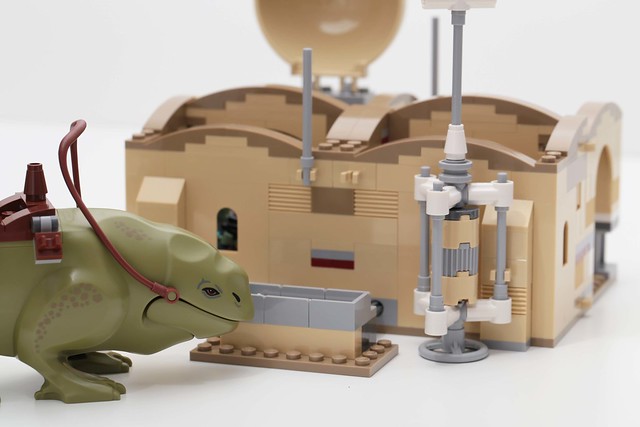 I’m not much a fan of Dewbacks either. They are mostly a product of the modified trilogy.

But we do get Greedo and a very nice setting for the classic showdown. 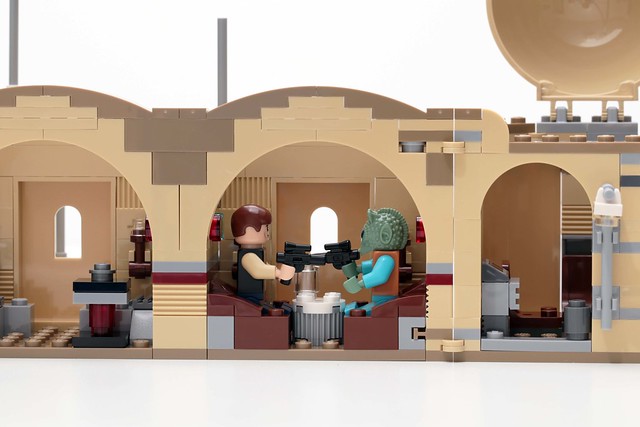 “Even I get boarded sometimes.”

This is pretty cool. The other things missing though are Wuher, the bartender. They have the whole bar set up – but it’s begging for Ponda Baba at the least. 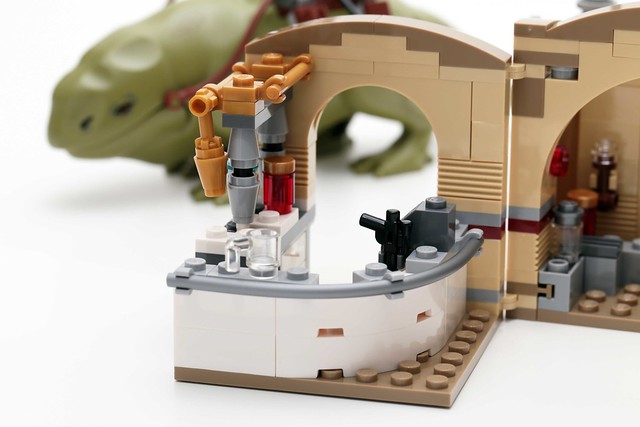 Like many Earth bars, the bartender is nowhere in sight.

So ultimately, this is a set with some very cool features and great minifigures but it seems like it was cherry picked when it came to what plot points to incorporate into the set, and I think it looses a little bit for it. It would be great to have another set come out with the missing figures, but since this is the Cantina interior, the chance of that happening is beyond slim to none. Since I said a 5 is a set to get on sale – and I think <$60 should be the target price for this set, I'll add one for the great figures - especially the musicians and give it a 6 overall. Check the price on Amazon.