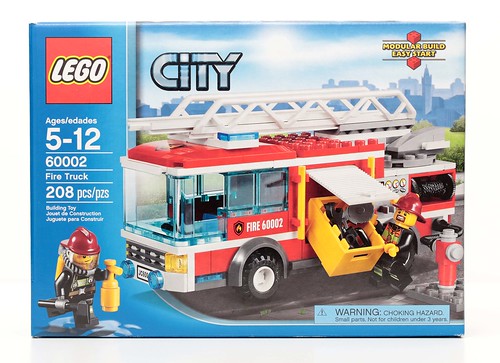 Here’s another set I got at Stop’n’Shop for 50% off and I’m really glad I did. I don’t have any other City Fire sets and this set has several things that are new to me and I find “pretty neat.” This set has 208 pieces so even at its retail price it hits the magical 10 cents per piece target. For much of the build, everything is very symmetrical which is very satisfying. The cool features, which I now realize are probably in all Fire sets are the ladder which is made up of two pieces and extends and rotates and allows a minifigure to stand on the rungs with ease. The best photo to illustrate this is located on the back of the box. 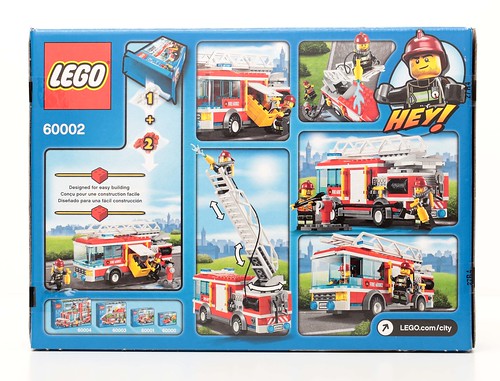 Lego ladders – quite the innovation, if only so many minifigures weren’t afraid of heights.

And there’s a very clever minifigure oxygen mask/tanks combination that fits perfectly to the fire hat: 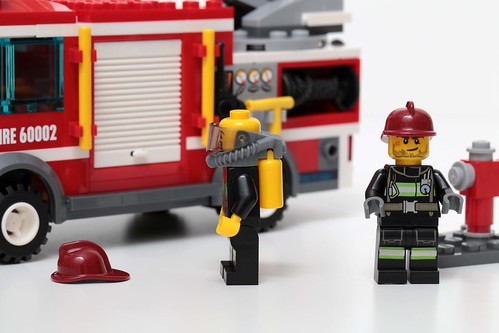 3 pieces that fit together make up the mask and oxygen tanks.

And probably my favorite thing and the reason I decided to buy the set in the first place: 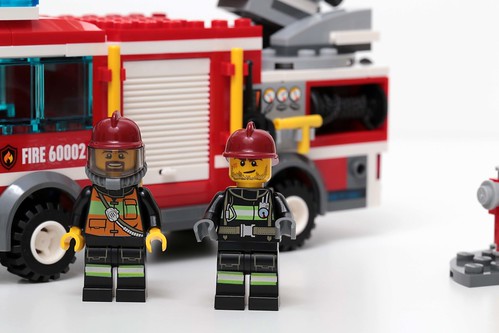 One of the toughest looking guys around. A scratch on his face and an uneven five o’clock shadow. If Jack Reacher was a minifig…

And after I completed building it, I discovered the symmetry continued and the fire truck is a very boxy rectangular shape, as they generally are in real life. 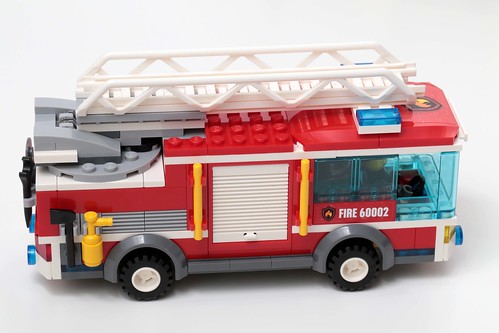 I’m not sure about the flame logo, that would be like putting a picture of a criminal on police cars.

Also I discovered that the numbers on the stickers for the license plate and side stickers are the set number. I’m not sure how long Lego has been doing this, but I’ve never realized it until now – so I actually put on all of the stickers for once.

This is a pretty good set and I think a great buy for the price I got it at, if only for spare parts. I’m going to give it a 7. Even at retail it’s worth it if you are serious about collecting City – but if not, it’s by no means a must have, just a little set with a lot of cool features and did I mention one of the toughest minifigures around town? Check the price on Amazon: LEGO City Fire Truck 60002 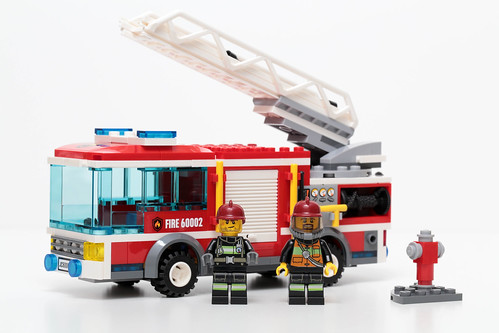 It even comes with a fire hydrant – perfect for the kids on those hot summer days.