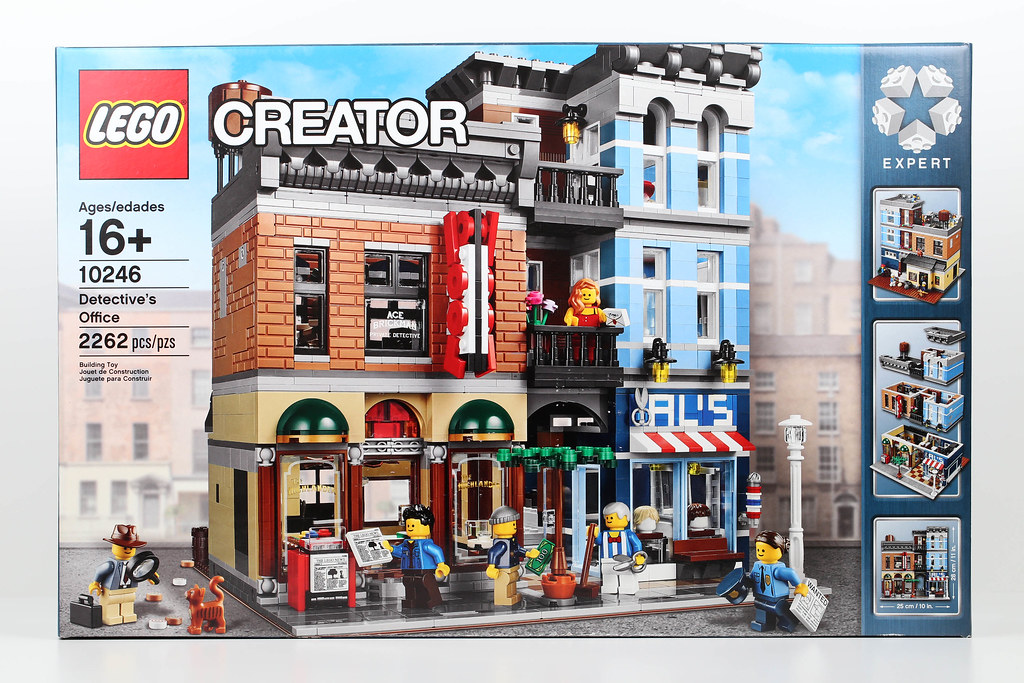 This is both the first modular and largest set I have owned and/or built. It’s a great set. 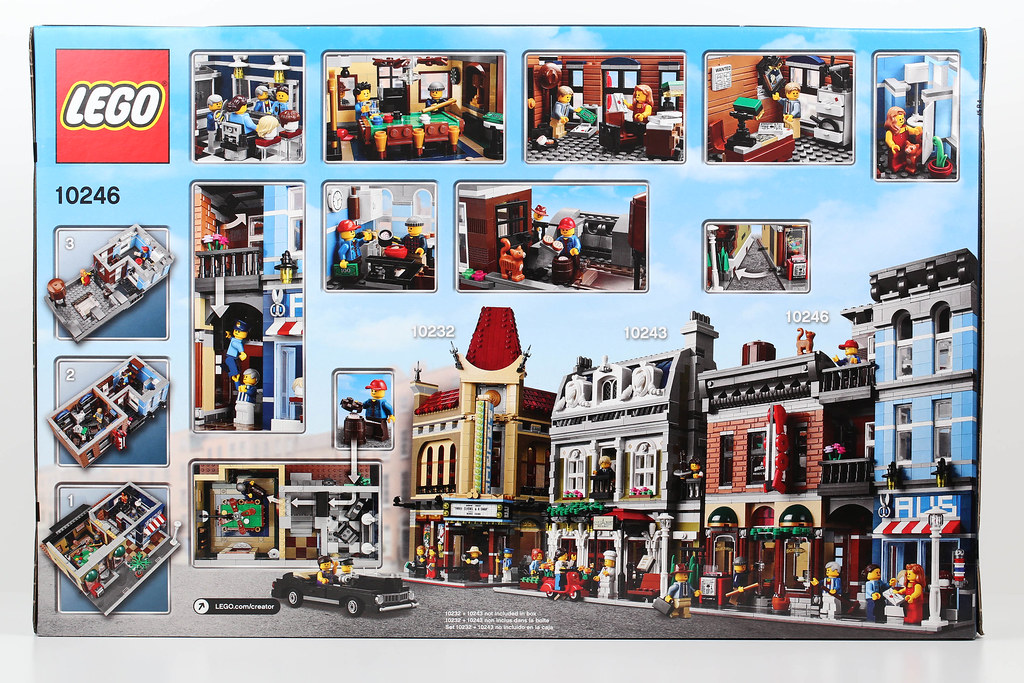 Starting with the minifigures, you get 6 and they all have the classic Lego smile face. That’s a part of the modulars now and I’m glad because I’ve been missing that face. Something about it sums up the beautiful simplicity of Lego all at once. I’m also glad that both the female minifigures in this set come with legs instead of the awkward dress slope piece.

The police officer has her own hair. She looks at first glance if she could be either gender but she has the curved in body that is used for females. This doesn’t really seem necessary – no Lego figures are supposed to have curves really are they? The Detective – Ace Brickman – comes with a fedora as well that hangs in his office when he’s not doing his best Sam Spade impersonation.

There are four different locations in the one set, the pool hall, the barber shop, the apartment, which is two levels, and of course the detective’s office. The level of detail added is incredible with distinct items such as a mirror in the barber shop, the POOL sign and the printed windows for the businesses. One feature I like the most is the water tower on top of the roof – this gives the set a real busy, tightly packed city feel which is what you want from a Noir inspired Lego set. 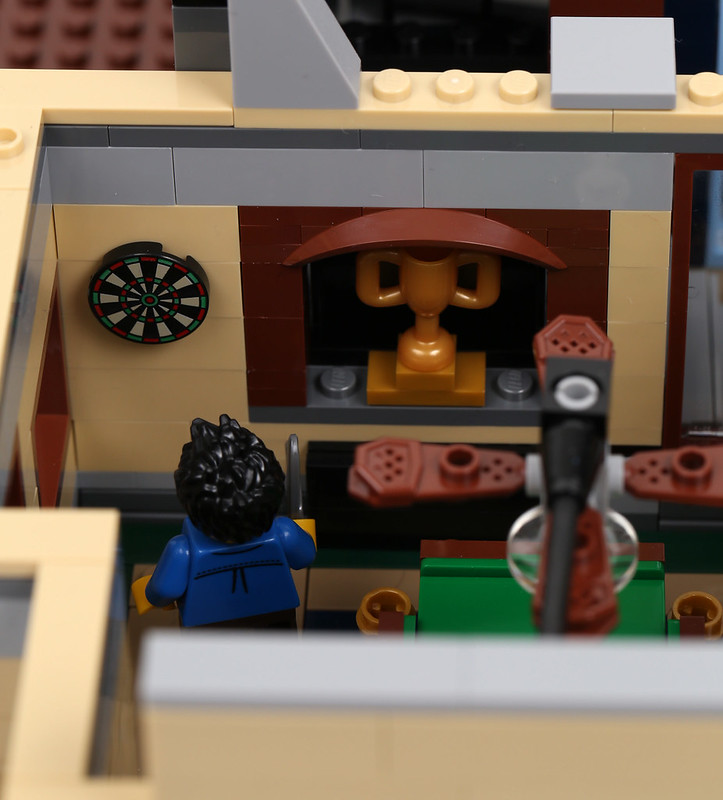 Have a go at darts and you could win an incredibly large trophy. Not quite as big as the one given to race car drivers though. 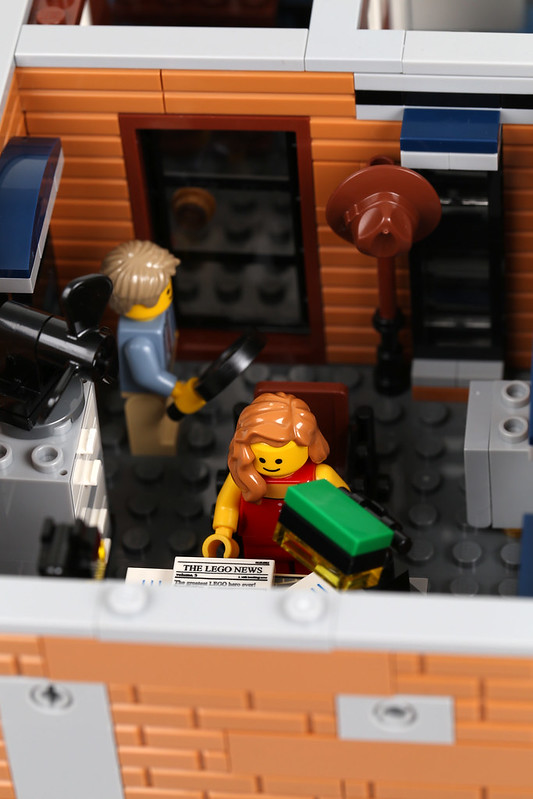 As I said before, the Detective’s Office is filled with detail. 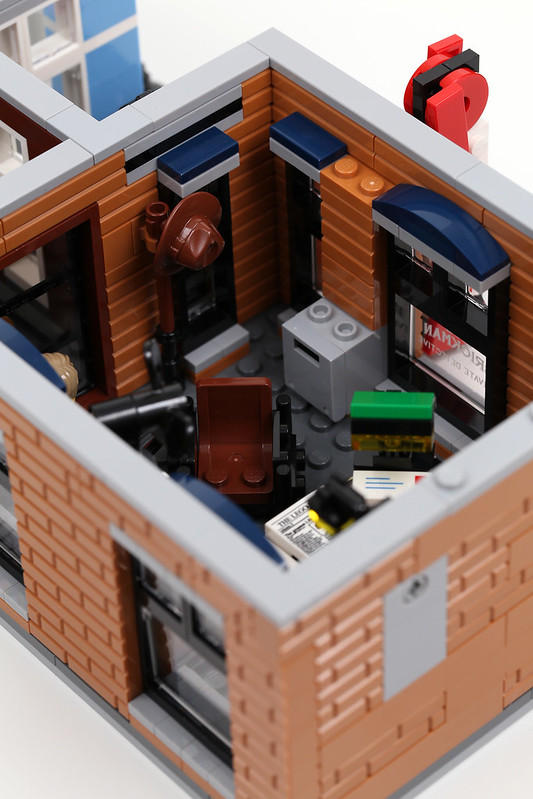 In the upstairs apartment we have one of the most rare things in the Lego universe – a bathroom!! 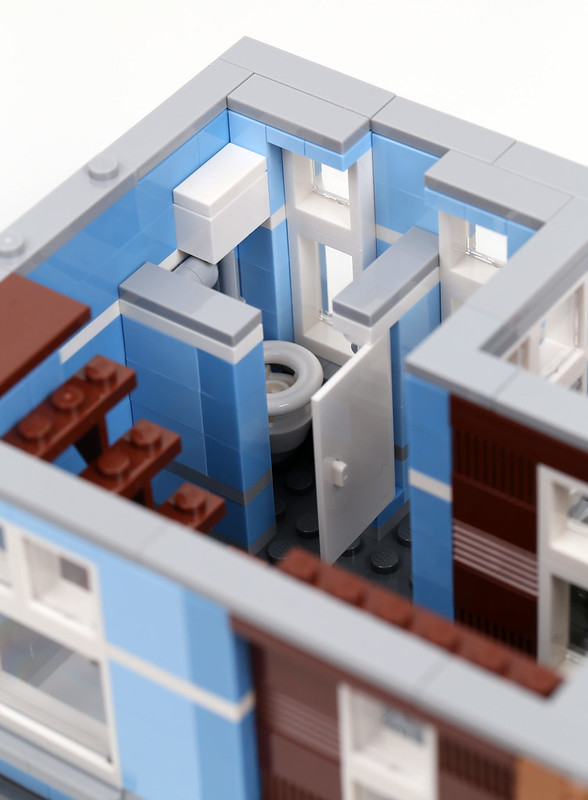 Here they went for a period toilet with the tank up above. Fans of the Godfather will especially appreciate this. 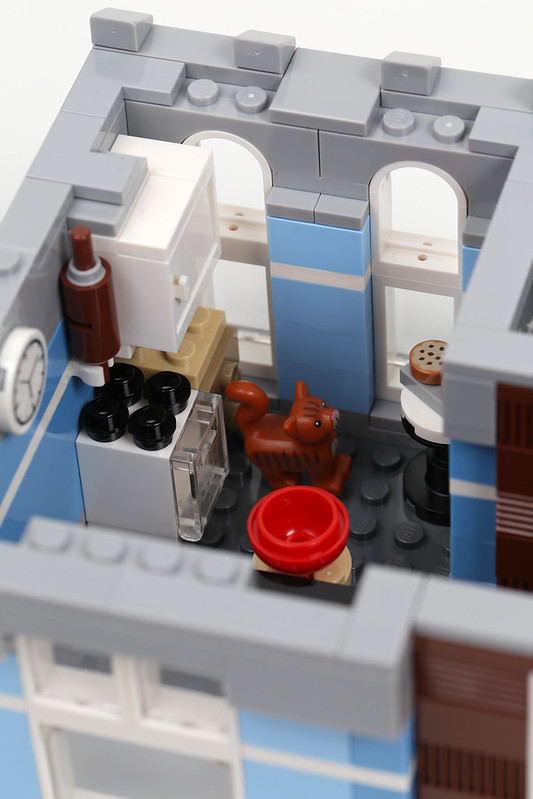 On the top floor is the kitchen for baking the cookies. If you haven’t heard there is a whole “cookie smuggling ring” theme to go along with this set with a barrel and a secret back opening to the barber shop. But if you’re an adult you know what they’re really keeping in those barrels. All kids reading this – close your eyes. (It’s alcohol!) Ok, you can open them again. Never let it be said that BrickKnight is not family friendly. 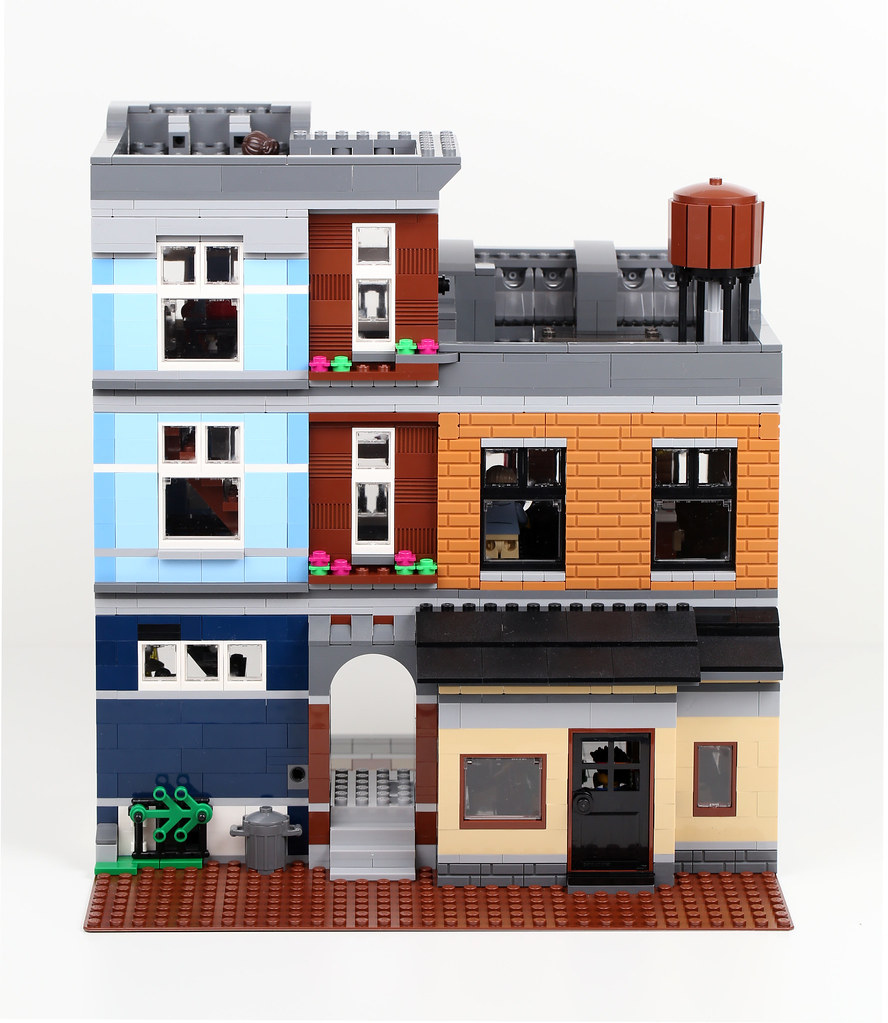 The opening is behind that fern right there. 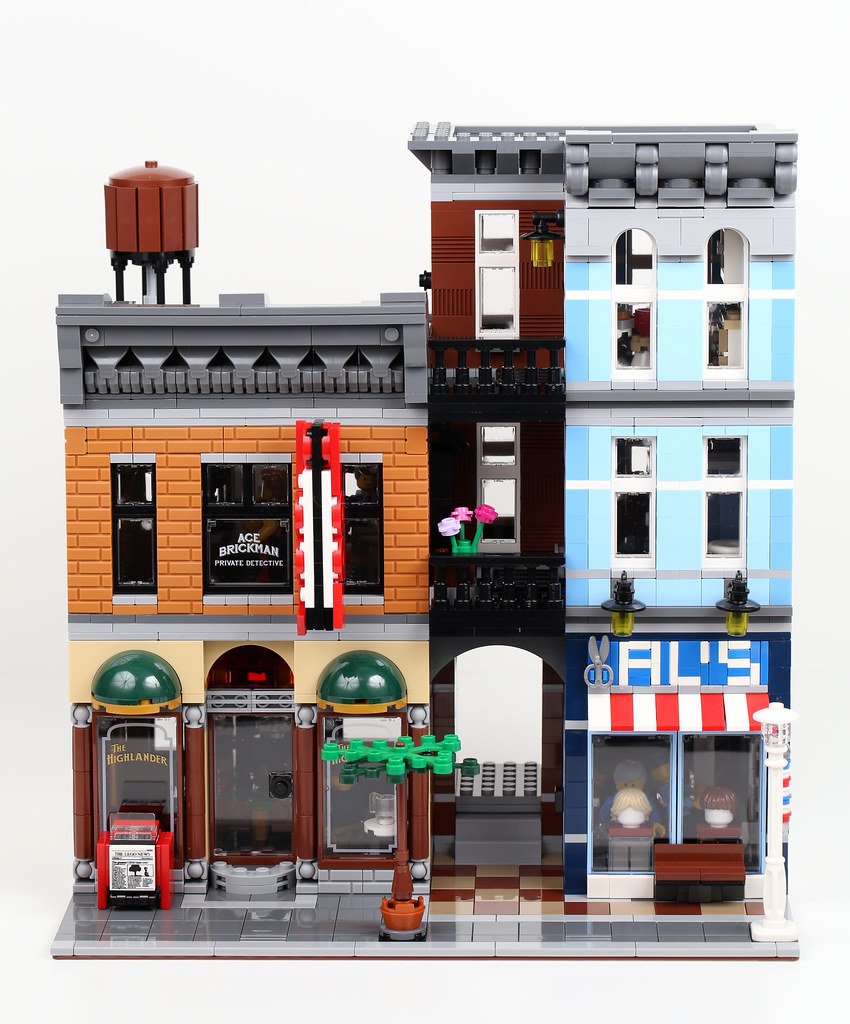 And there you have it. Quite the set. I can’t wait to get my next modular. Which will probably be quite a long time from now. I’m giving it a 9 but if you want it can have a 10. Either way I recommend buying it – it’s never going to go on sale so what are you waiting for?!