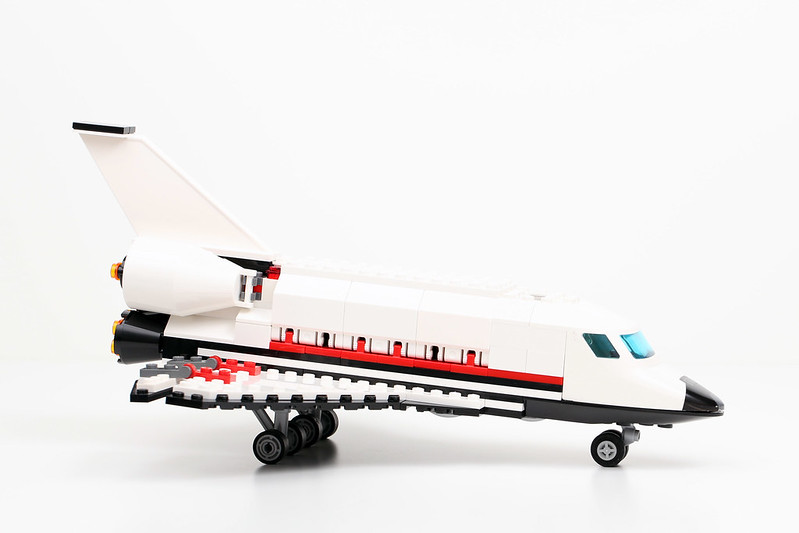 One of my favorite sets as a kid was a Lego Space Shuttle, specifically 1682 Space Shuttle Launch. Lego has made many Shuttles since, but this is the latest one. Unlike 1682 you don’t get the launch pad, you just get the shuttle – with landing gear attached. 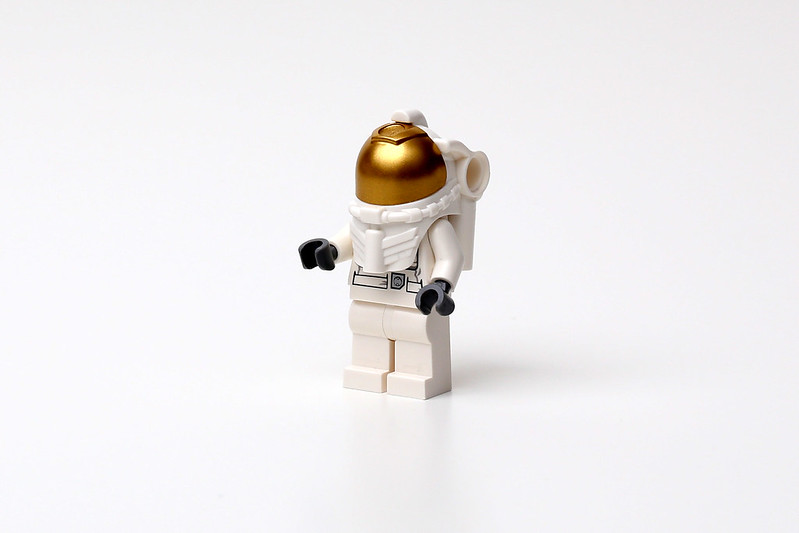 You only get one minifigure – an astronaut – and I am a big fan of the gold space helmet/visor. The astronaut also comes with a more regular helmet, not the standard helmet, one with a lip around the bottom. 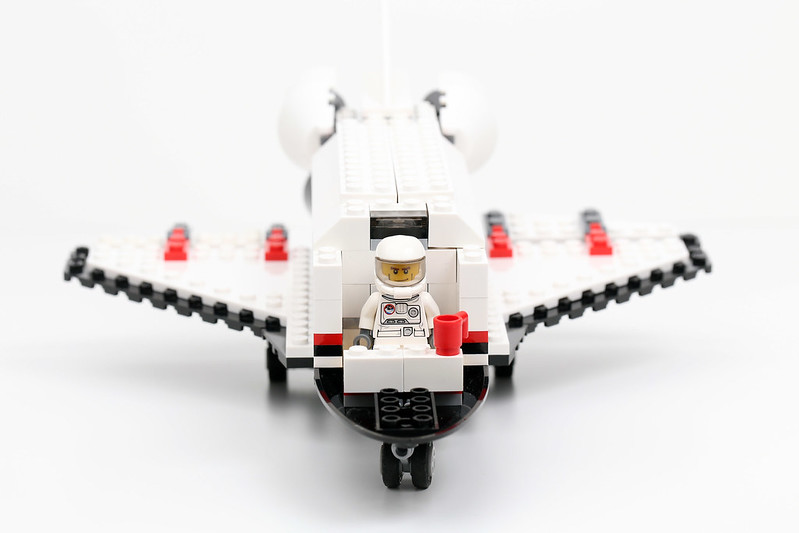 Note that isn’t the correct minifigure head, I changed it for an Interstellar picture – the original was a guy with orange glasses. Which doesn’t make much sense to me why he’s wearing sunglasses under his space helmet. 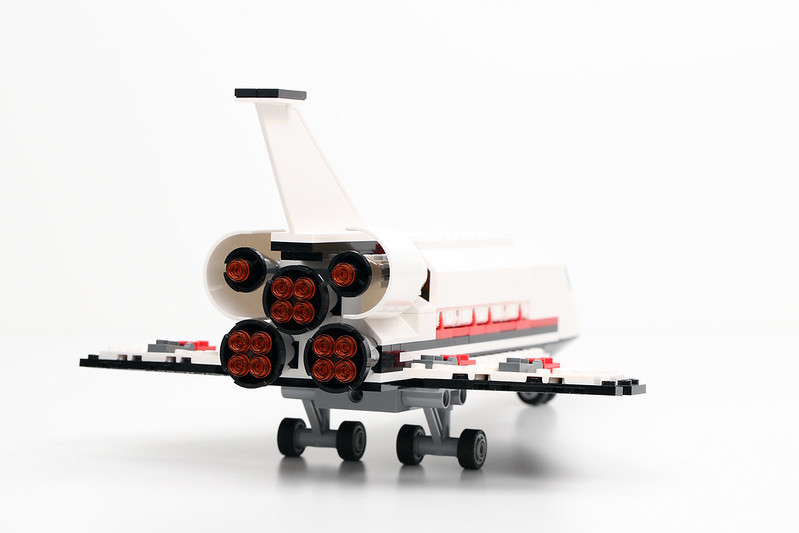 It is a pretty good sized set and unfortunate they couldn’t at least fit another minifigure in the cockpit. Just like 1682 it has a satellite to launch from the payload doors. 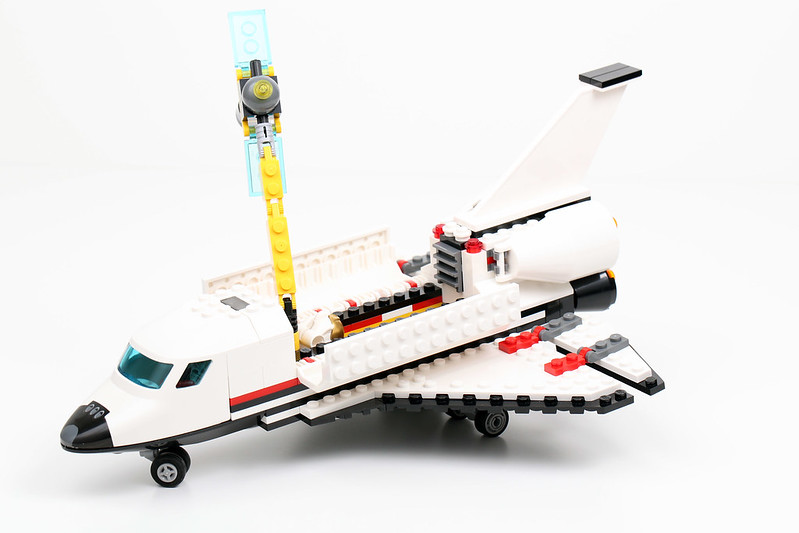 In the end, this is really a pretty basic set but at the same time it is a set of the most complex machine ever made. So on the one hand I like it because it’s a Space Shuttle and on the other hand it’s not a sub 300 piece City set. As you can see I didn’t apply any stickers. Let’s hope a new shuttle comes out soon in a slightly bigger set. There have been 9 proper shuttle sets since 1990 – but of course, there are no more active shuttles so it’s hard to say what will happen. I think it’s still an iconic image and shape and would be worthwhile – and kids need more space toys to play with!

In the end I think I have to give this set a 4. It’s just not that compelling when you really get around to it. Also I want to apologize for the poor colors of the photographs – photographing large white Lego with yellow light around (like daylight) presents some issues with color and I’m not a big enough photoshopper to start major tinkering.