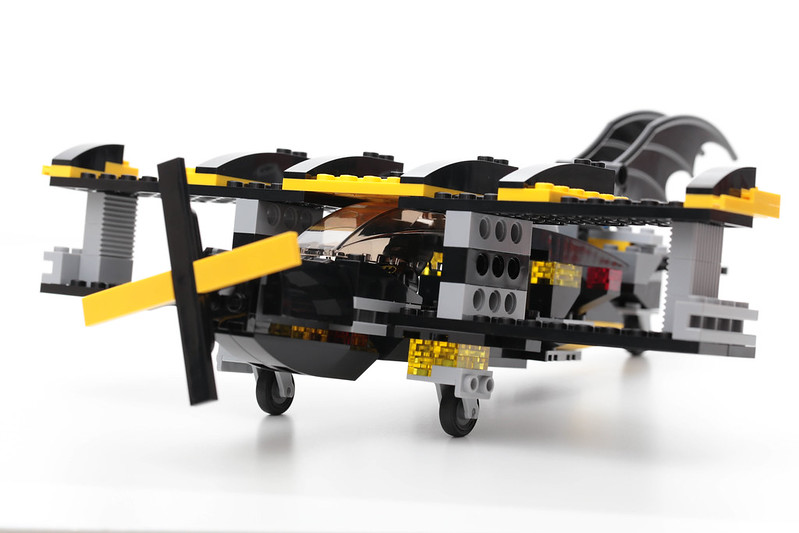 Previously, I’ve complained about how ho-hum the Bat vehicles in the Man-Bat Attack and Joker Steam Roller sets are. So I decided to take matters into my own hands and using only the pieces from the vehicles from those two sets I came up with what I’m calling the Bat Bi-Wing. It’s basically my first MOC. I’m not in love with the term MOC by the way, but it’s the parlance of our times, so I guess I’ll use it. Beyond that, the Bat Bi-Wing isn’t that special or beautiful but it is pretty flimsy. It’s a real challenge to build something original after following the directions for so long. 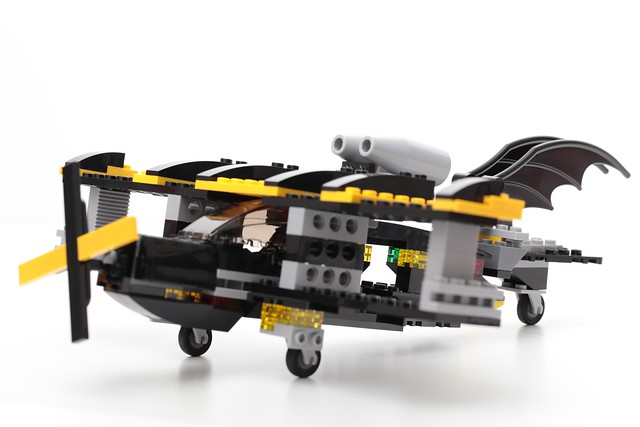 The propeller engine is probably the section that looks the most polished(to me at least). The cockpit is not fully enclosed, but in Bi-Planes of old, the cockpit was never enclosed either. I’m not an airplane nut so there are probably lots of other improper design elements, but I tried to do the best with what I had. 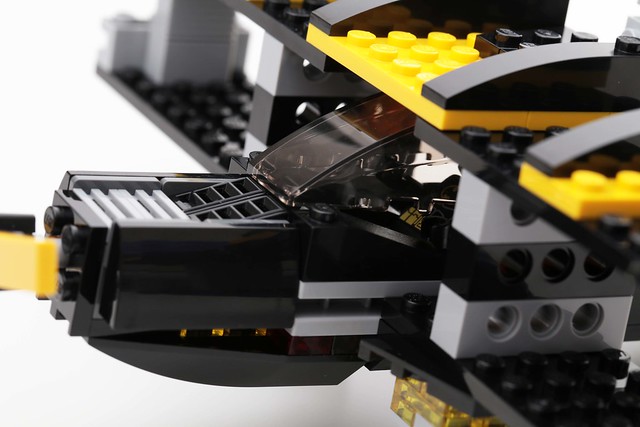 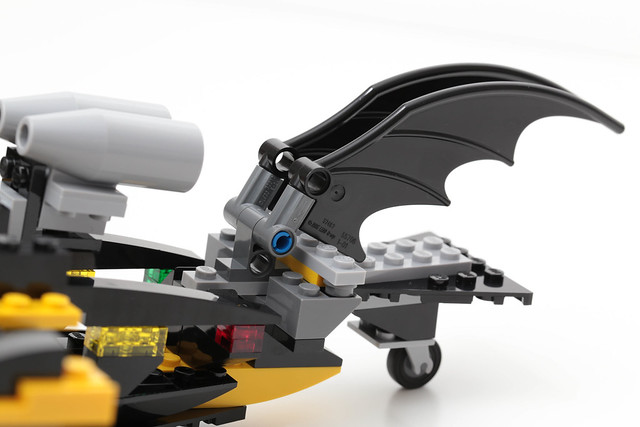 Obligatory fins – that require their own wheelbase 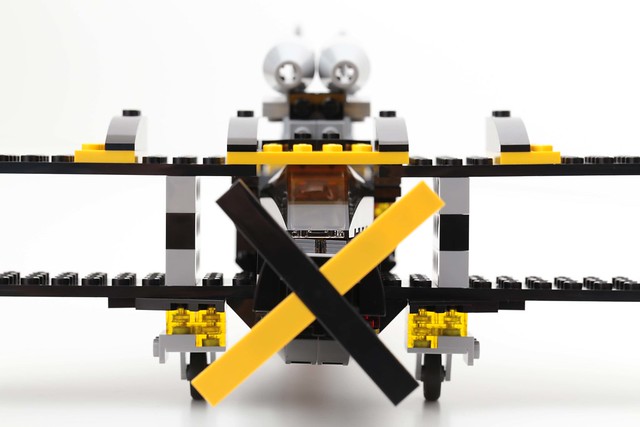 Real set reviews will return tomorrow – I’ve got an evening of building ahead of me.