This is one of my favorite, if not overall favorite Lego set ever. It is also one of the first sets I ever got. 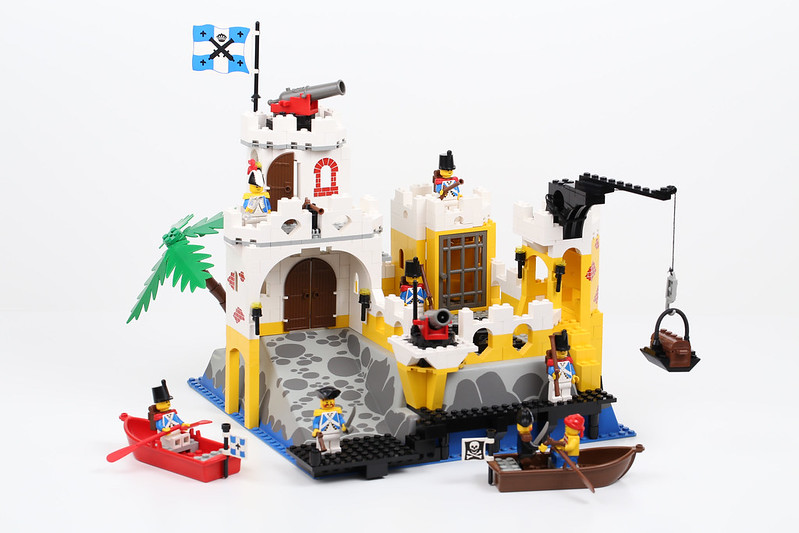 As you can see, it’s amazing. And it’s completely three dimensional! This set is why I think so many newer Lego sets are lacking, if you get the front of the building you don’t get the back of it, unless you’re buying a Creator set. 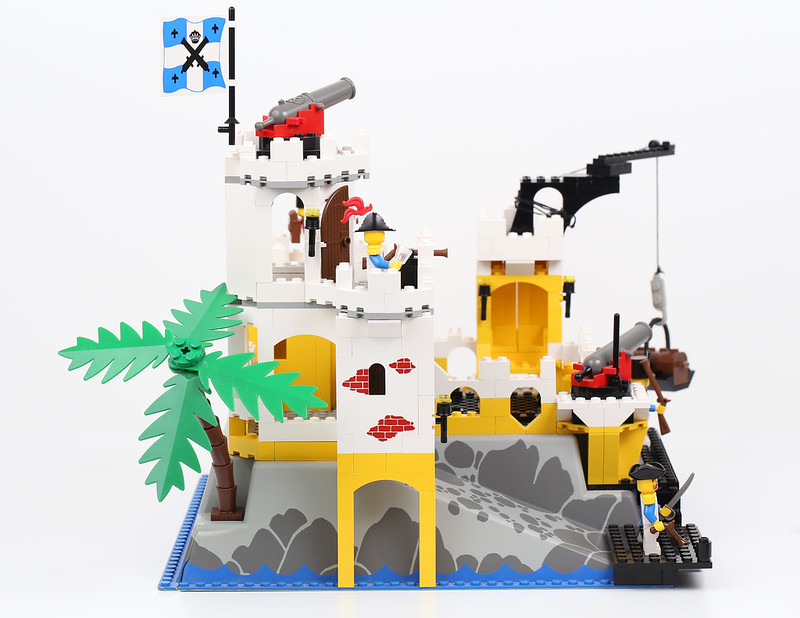 In a modern Lego set the whole back side would be cut off and unenclosed. Of course, we do lack the little issue of ladders, so that the figures could actually get from one level to the next. Maybe they could take the hoist, when it’s not being used to lift treasure chests. 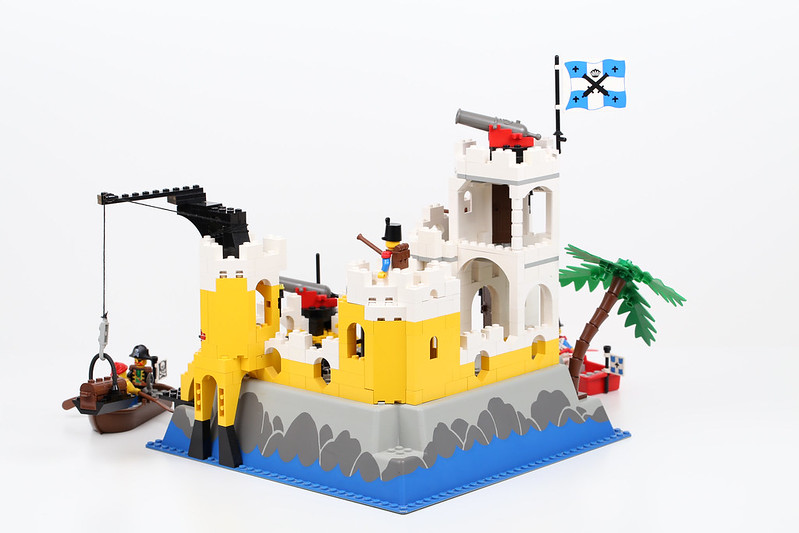 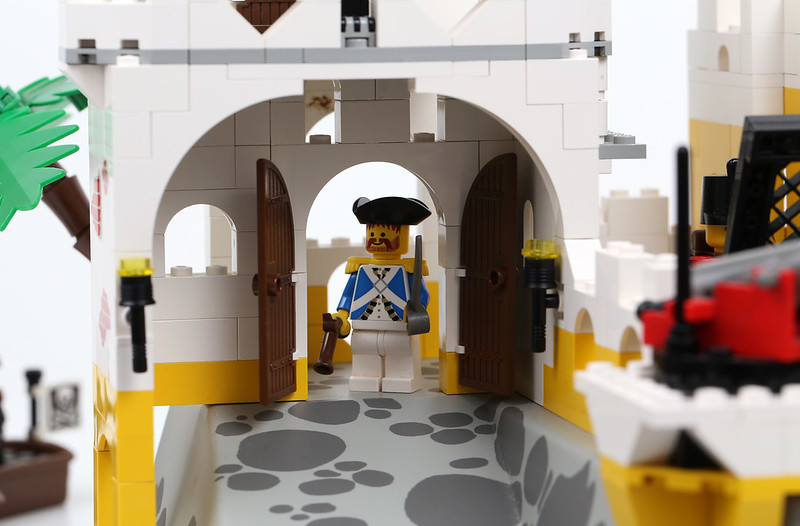 Over the years I lost a few pieces apparently – the I can’t seem to find the correct Governor’s face anywhere. 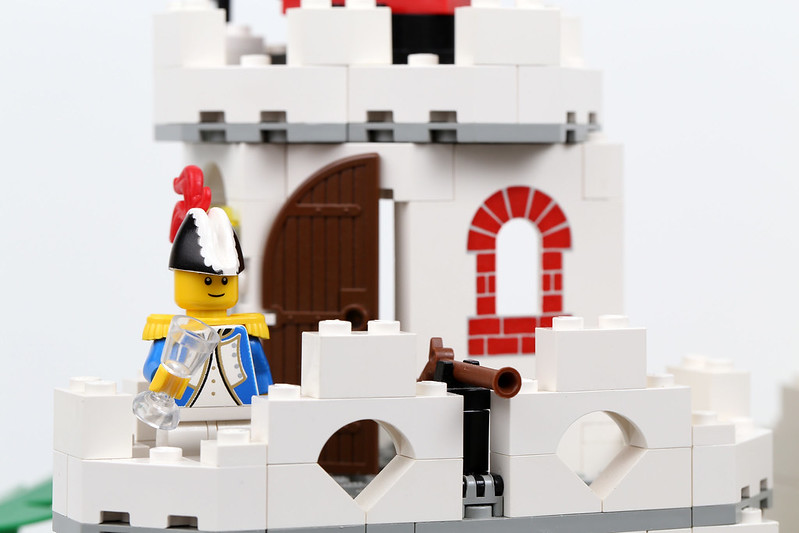 With as few masted ships there were in the Lego Pirates world, there were certainly plenty of rowboats. I’m not sure how the Pirates expect to steal any treasure in a rowboat against a fort. Of course nobody thought an X-Wing could blow up the Death Star either… 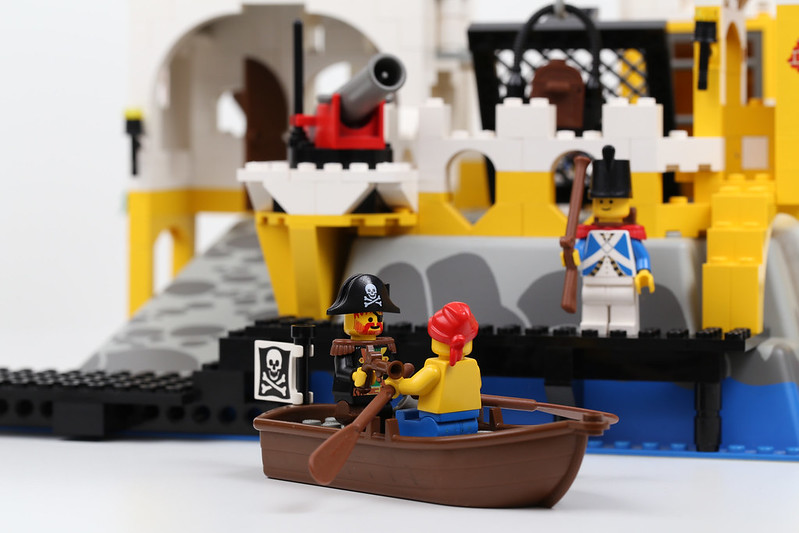 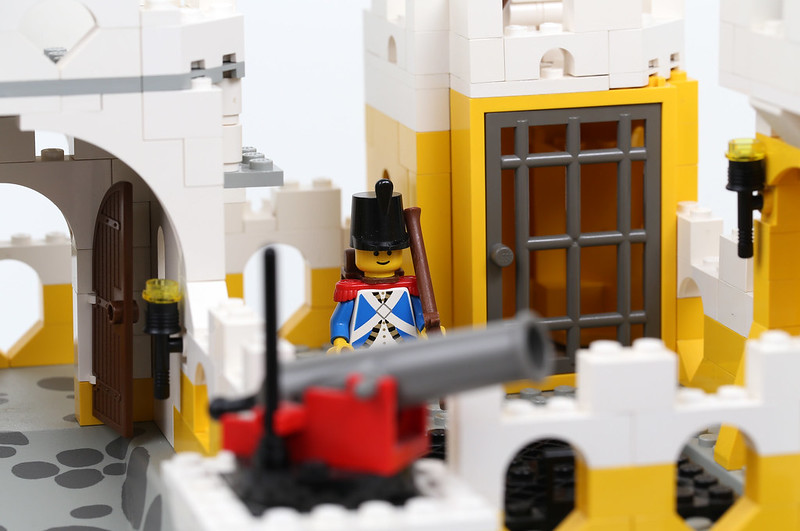 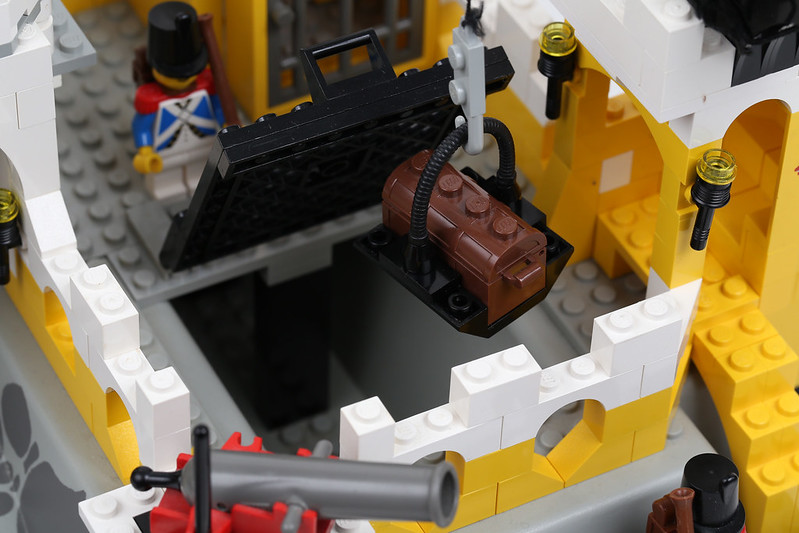 The “hold” for the treasure is a great play feature – I must have opened thousands of times as a kid. 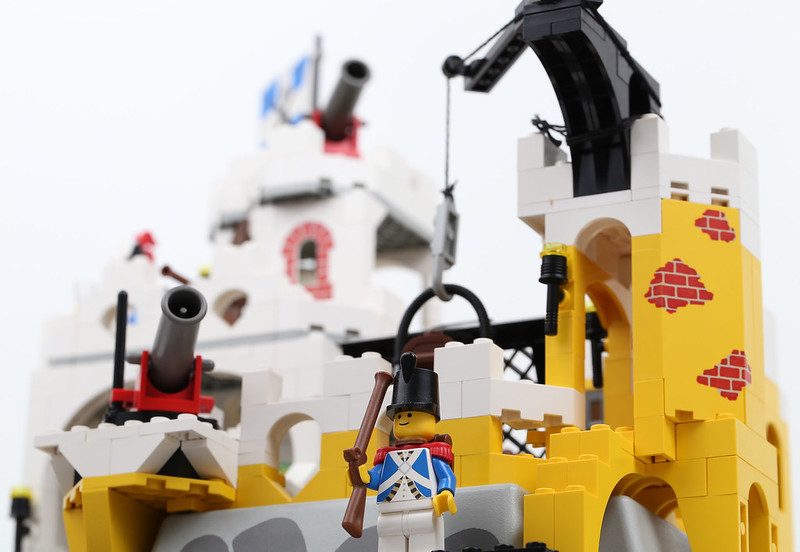 It looks great from any angle. There you have it. What a great set. Even though they crack, bring back the molded baseplates Lego!