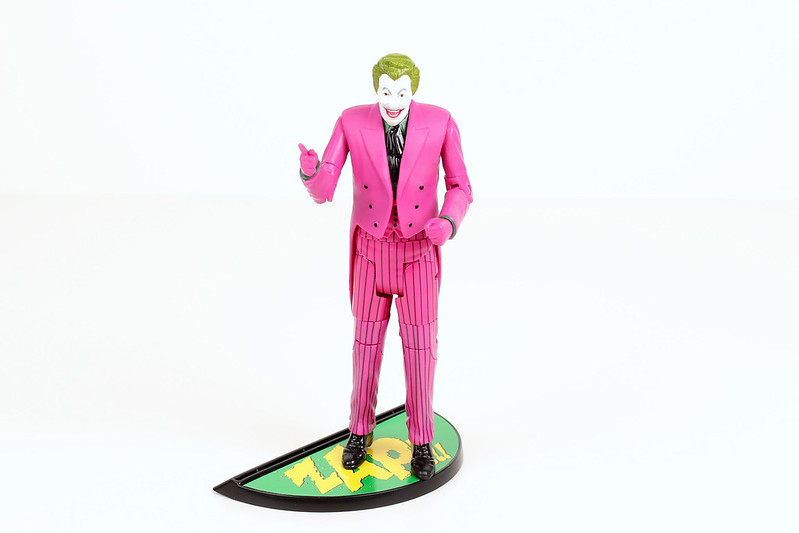 Nice bit of detail, you get Cesar Romero’s real mustache painted over: 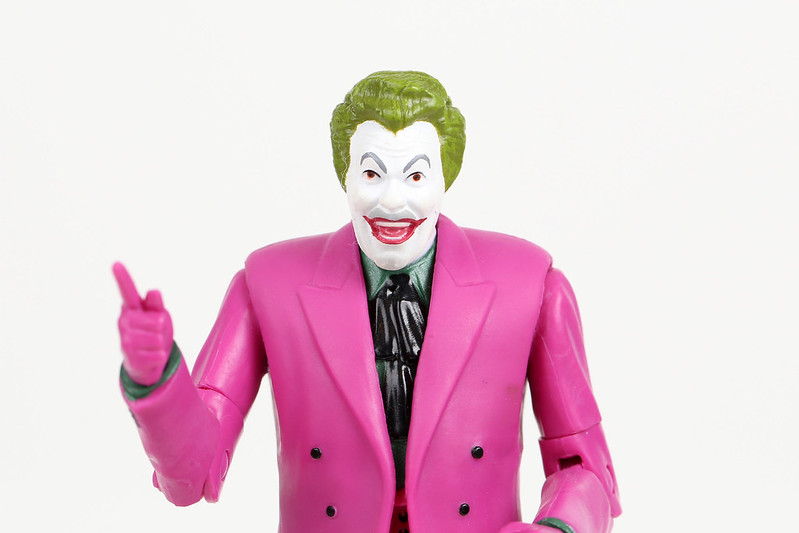 When I was a kid I just assumed the Joker was weird so he had a weird mustache outline or something. 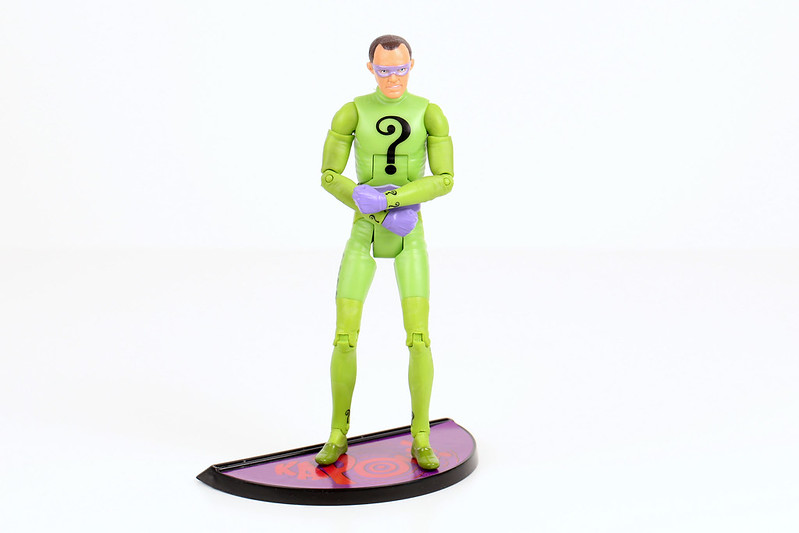 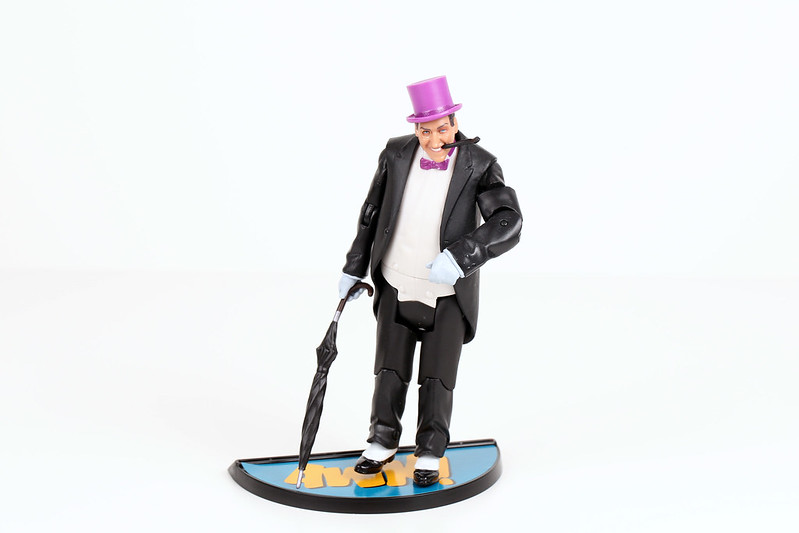 and Catwoman – sans eye mask but it doesn’t really matter, she’s just Catwoman in the show, she doesn’t have a secret identity: 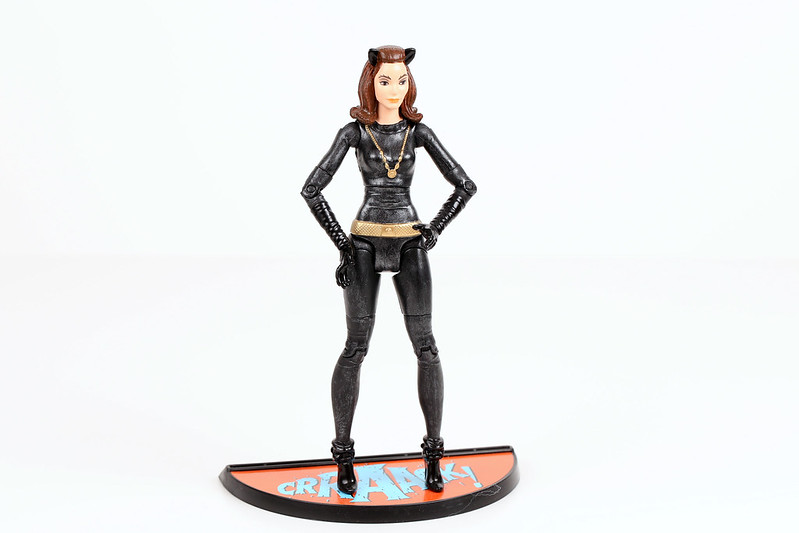 The figures are very poseable, lots of points of articulation, but they are pretty precarious to get to stand up: 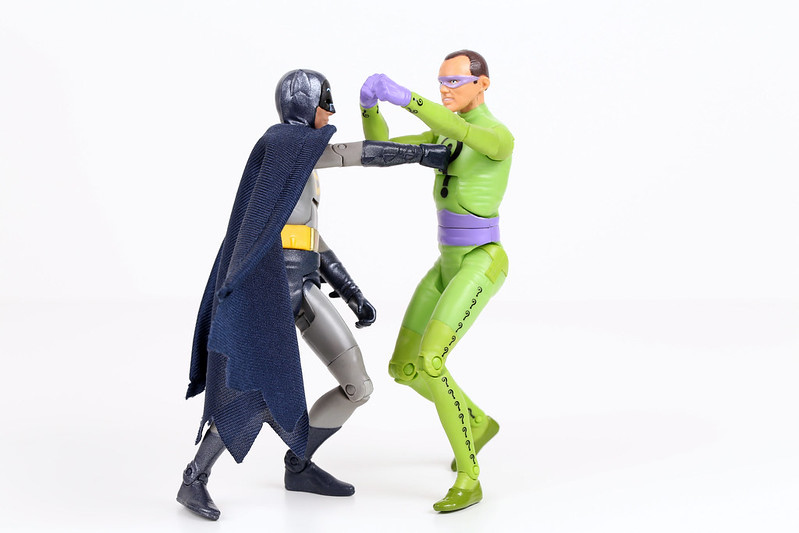 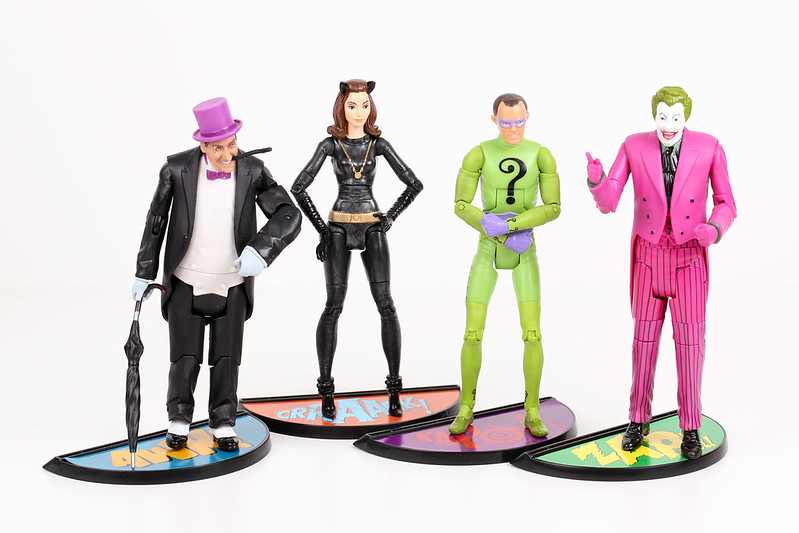 As you can see they all come with stands with a different word of onomatopoeia on them.

The only figures in this line that I don’t have now as far as I’m aware is Surfs Up Batman and apparently there’s a Surfs Up Joker too. Also I guess we haven’t seen the last of these figures, Batgirl will be joining us, but you’ll have to buy Batman and Robin again. Ok, you got me.

If you look at the Joker’s surfboard you’ll notice that the decal is a cartoon Joker and in the show it resembles Cesar Romero more. This is exactly the kind of inattention to detail that makes me sick. I’m exaggerating, but only very slightly. It’s not that hard to get it right.